Hosts Russia crashed out from the quarter-finals of the World Cup after a gruelling match against Croatia. The game ended on a penalty shootout going the way of the Croats – as they now play England for a chance to reach their first World Cup final.

Russia took a surprising lead when Denis Cheryshev found some space and unleashed a rocket into the top corner; Danijel Subasic becoming a bystander and was rooted to the spot. Croatia struck back eight minutes later, Mario Mandzukic found himself in acres of space to pull back his cross for Andrej Kramaric to head home from close range.

With the sides not separated at full-time, extra time had more dramatic action in store. With 101 minutes on the clock, Domagoj Vida climbed highest to head the ball in; and it looked like it was going to be the winning goal. With hot temperatures and both teams going through extra-time in their previous games – everyone struggled with their lack of energy. Every ticking minute sapped more life out of the players.

Mario Fernandes powered his header in the 115th minute – his maiden goal for Russia – to send the game into penalties.

Fedor Smolov and Fernandes missed for Russia, and it was up to Ivan Rakitic to finally end the Russians dream and advance to the semi-final.

Here’s our Russian ratings from their shootout loss to Croatia: 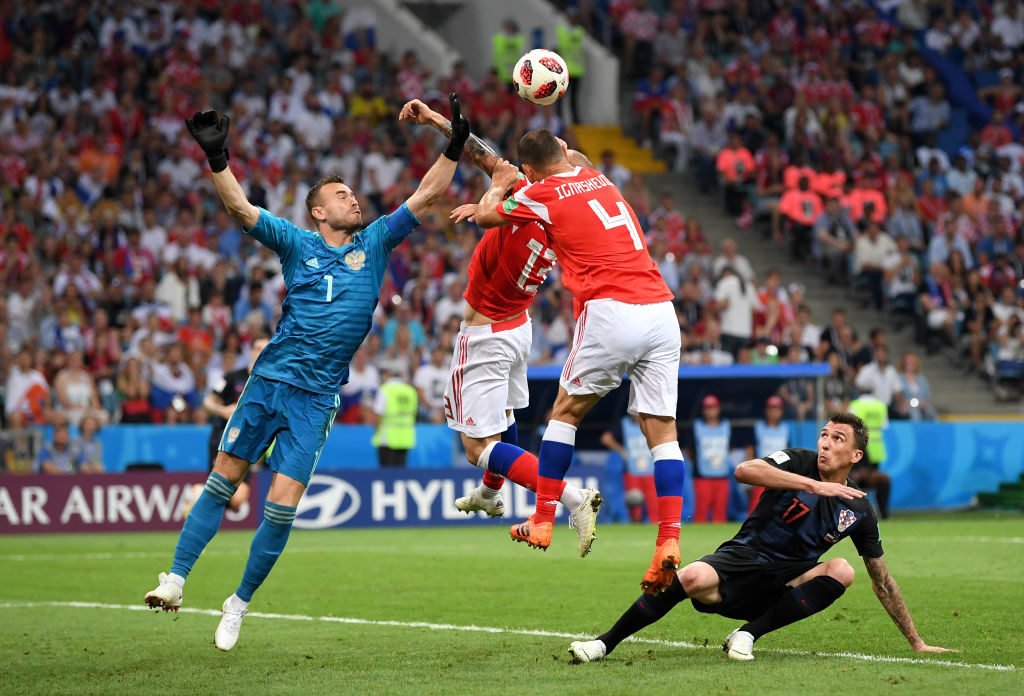 Hapless for the two Croatia goals. Lack of communication with his defenders almost led to another goal. Saved a penalty from Kovacic. Unlucky with his diving save from Modric, that ended up off the post and sneaking in. 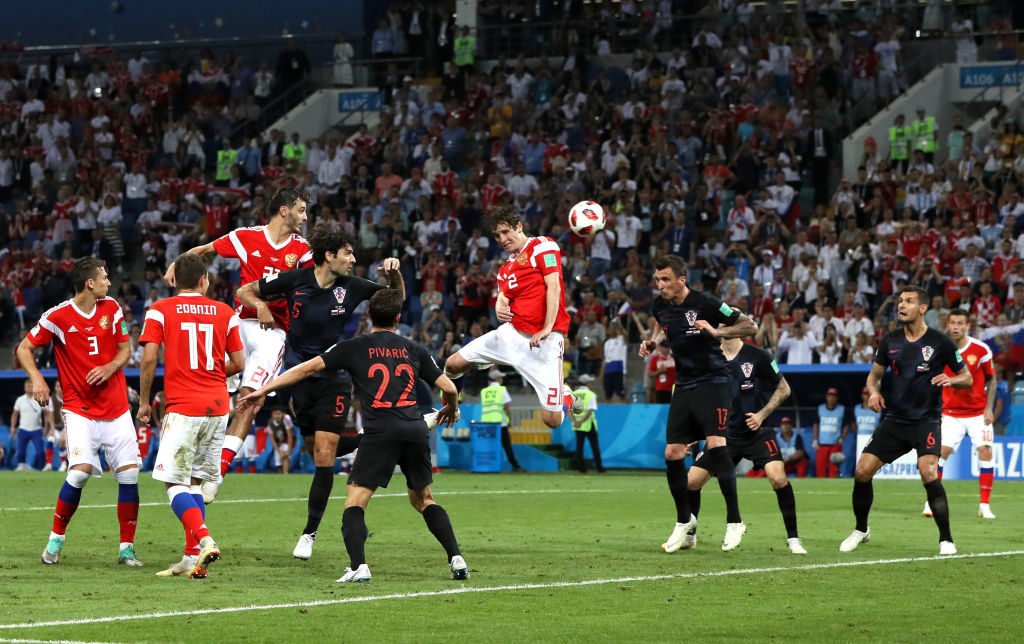 Supported the counter when he could. Was badly caught out for the first goal. His rash jump to challenge meant Mandzukic could stroll into the box with lots of time to create the assist.

Rises up to crash his header home to bring the match into penalties; where he ends up blasting his effort wide. 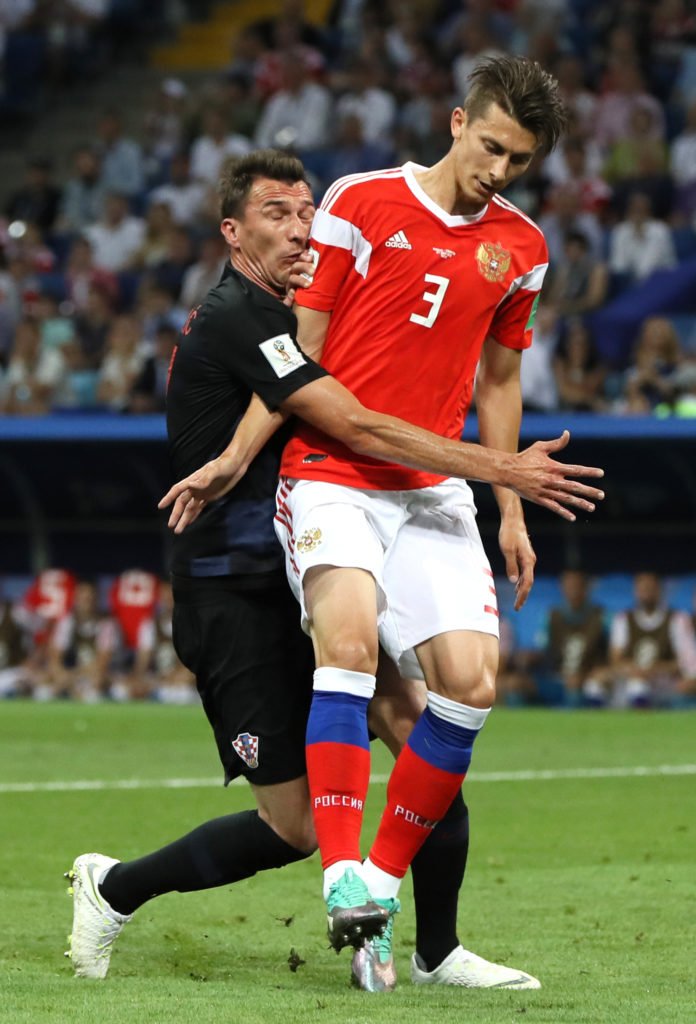 Gave a great account of himself up until the Croatian goal in extra-time. Turned his back on the ball and let his marker go. Was counted on multiple times to clear the danger. 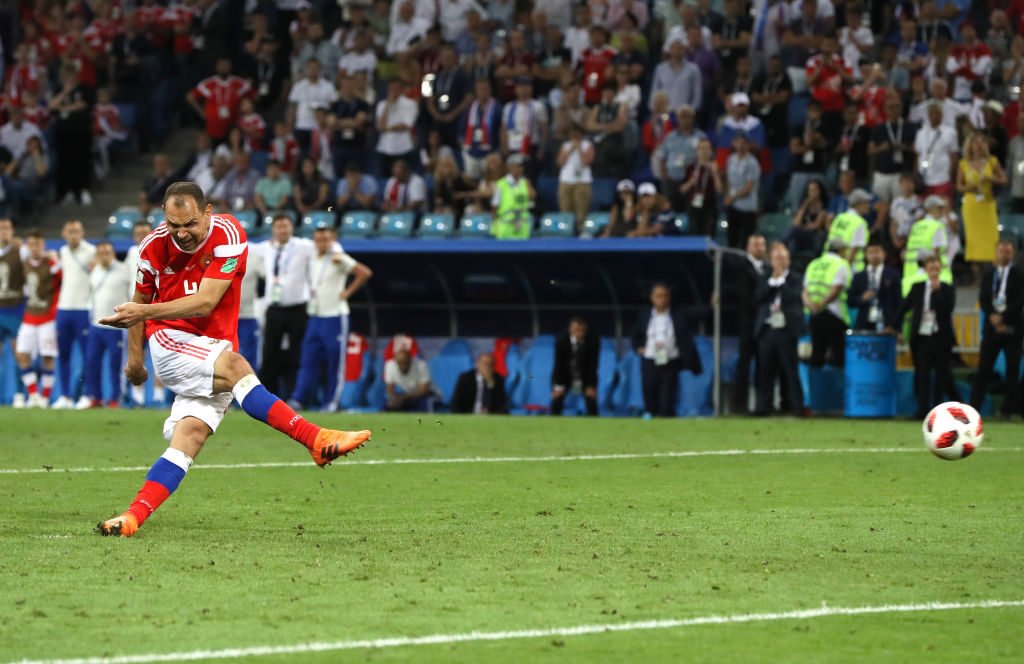 Turns 39 next week, used up all of his energy to drag his team into extra-time and penalties. Laced his penalty into the corner. 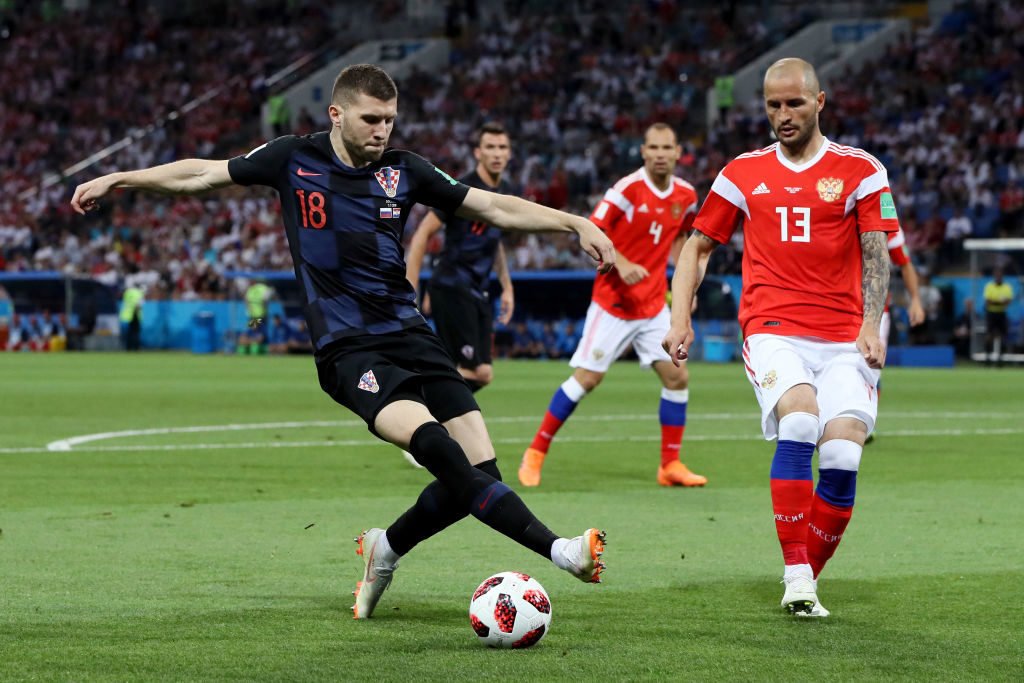 Shoved off the ball easily by Rebic early on that became the story of his game. Couldn’t win any battles. Targeted as the main weakness in the second-half for Croatia to attack from. Zobnin transformed into his babysitter to cover his side. 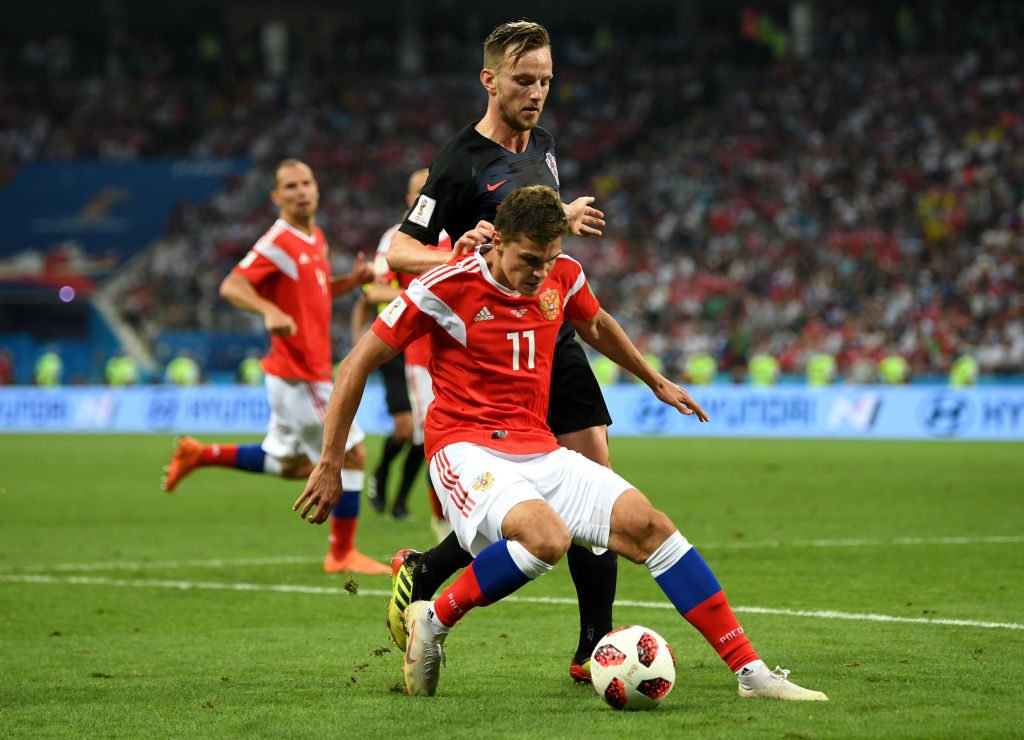 The 24-year-old battled through the whole game making his presence felt. Interception mastery, had the engine to keep his Country going. Great performance and superb tournament overall. 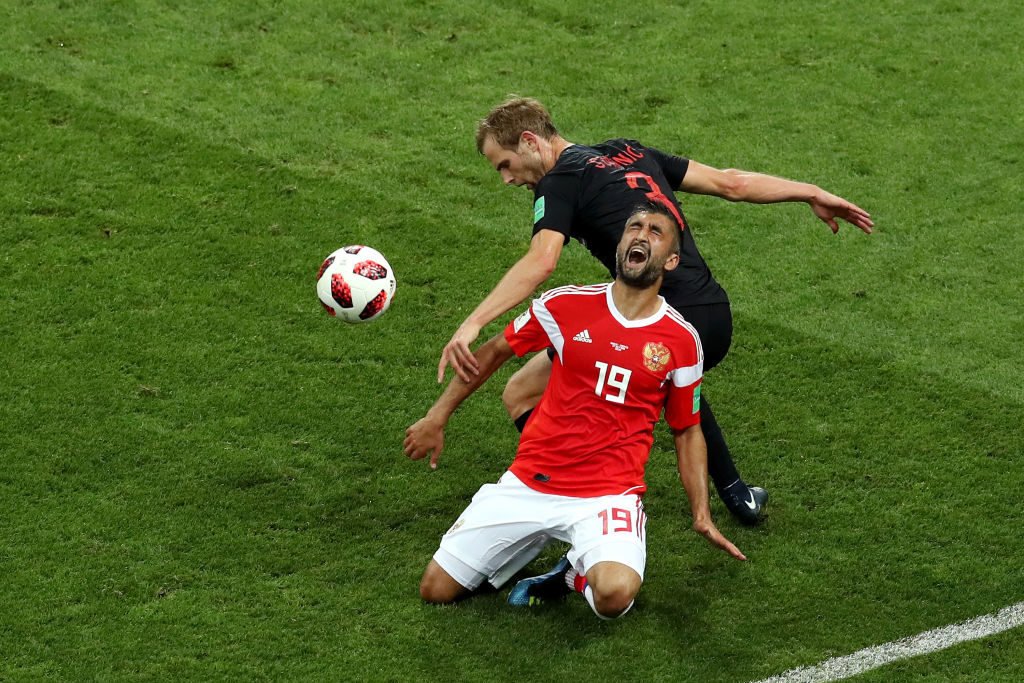 Relegated from taking set-pieces for the first time in the tournament. Poor at any link-up play with his teammates. Subbed (54 minute). 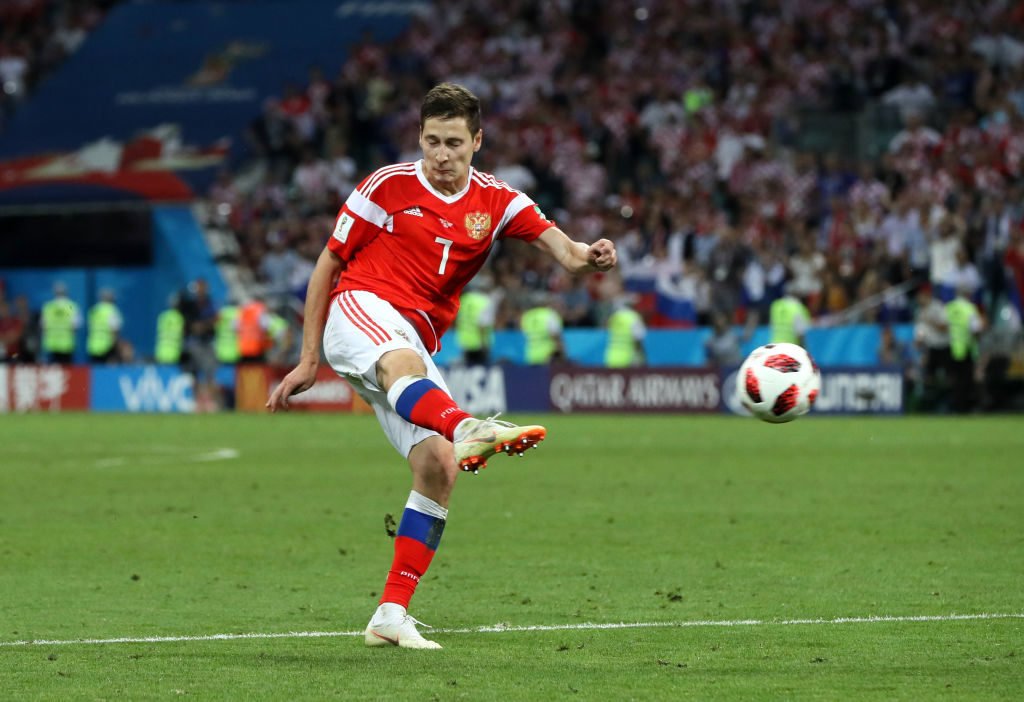 Played his best game of the tournament. Was more involved in tacking and intercepting. Struck a tremendous volley in extra-time that stung the keeper. Pressure penalty to keep his side in the shootout and duly delivered. 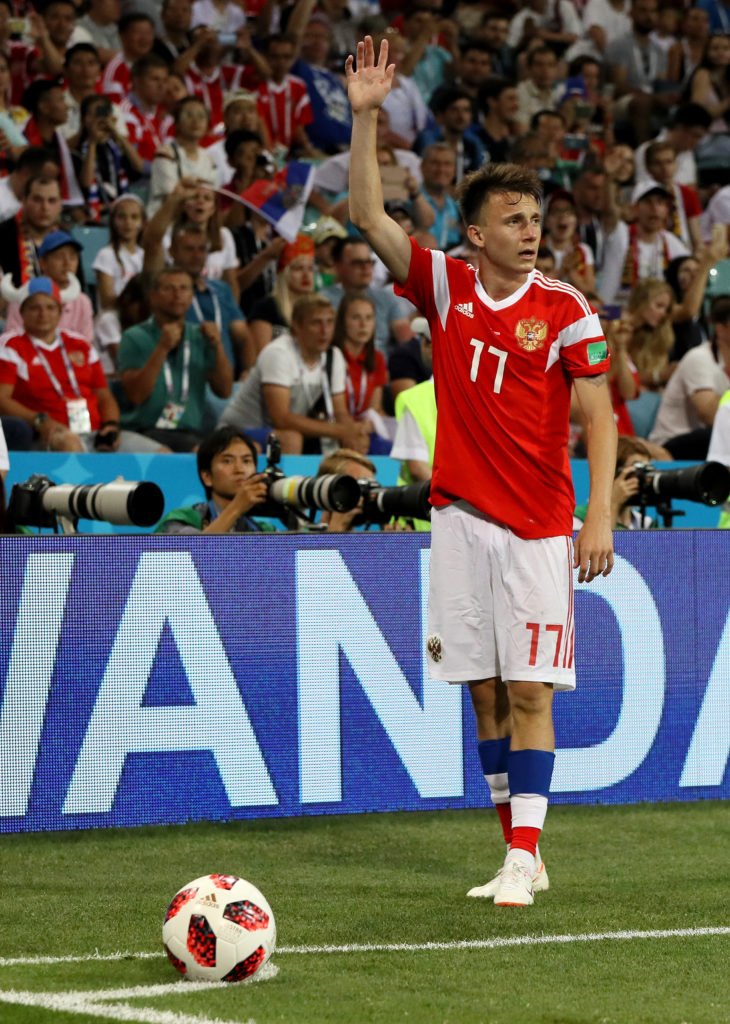 Took over from Samedov as lead set-piece taker. A mixed-bag with his deliveries. Subbed (102 minute) 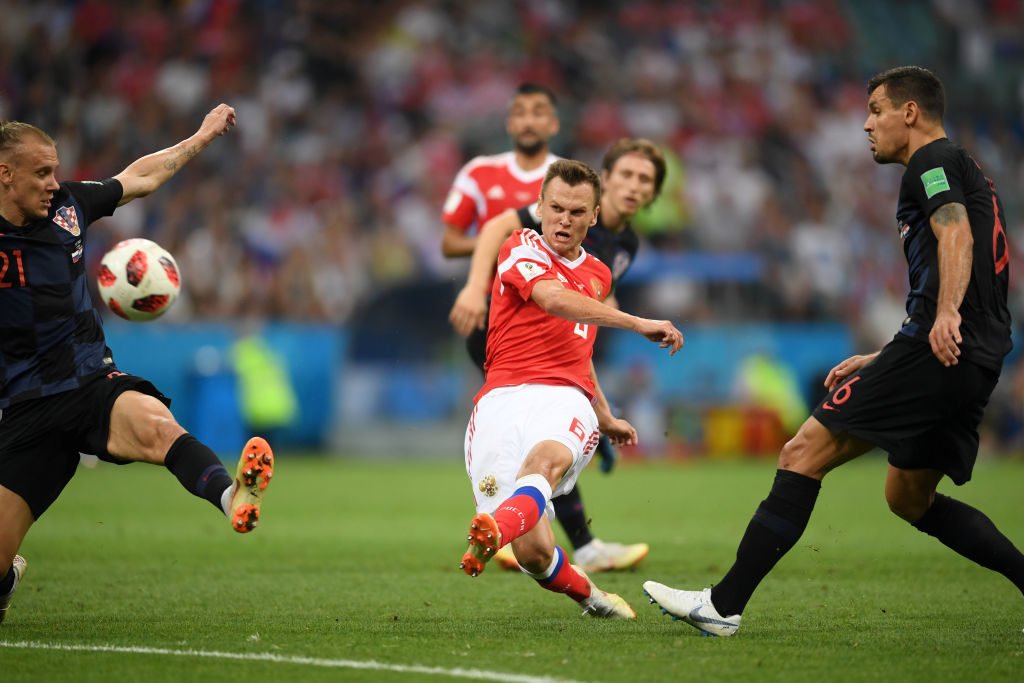 The key to his magnificent strike was his technique in keeping the ball down from hitting it at least a foot off the ground. Brought his tally for the tournament to four goals. Subbed (67 minute). 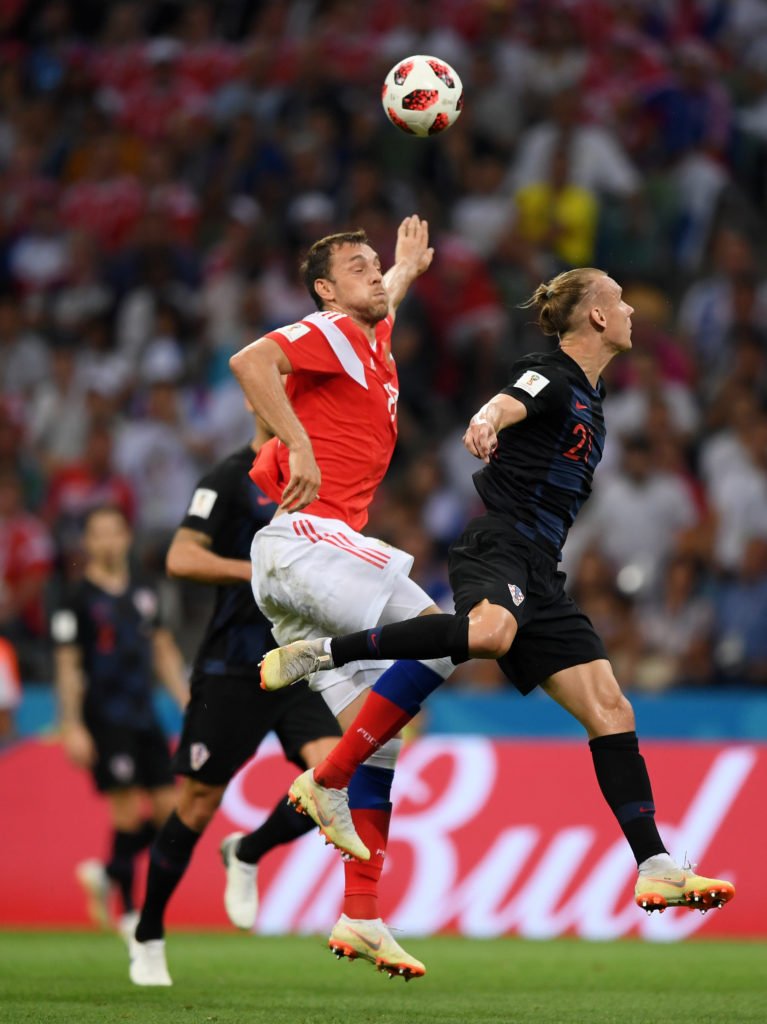 Hold-up play extraordinaire. Hard for anyone to deal with. Chopped down by Lovren that earned the defender a booking. A tight-knit one-two with Cheryshev, that gave his teammate the space to bury his finish. Saw very little of the ball in the second-half. Subbed (79 minute). 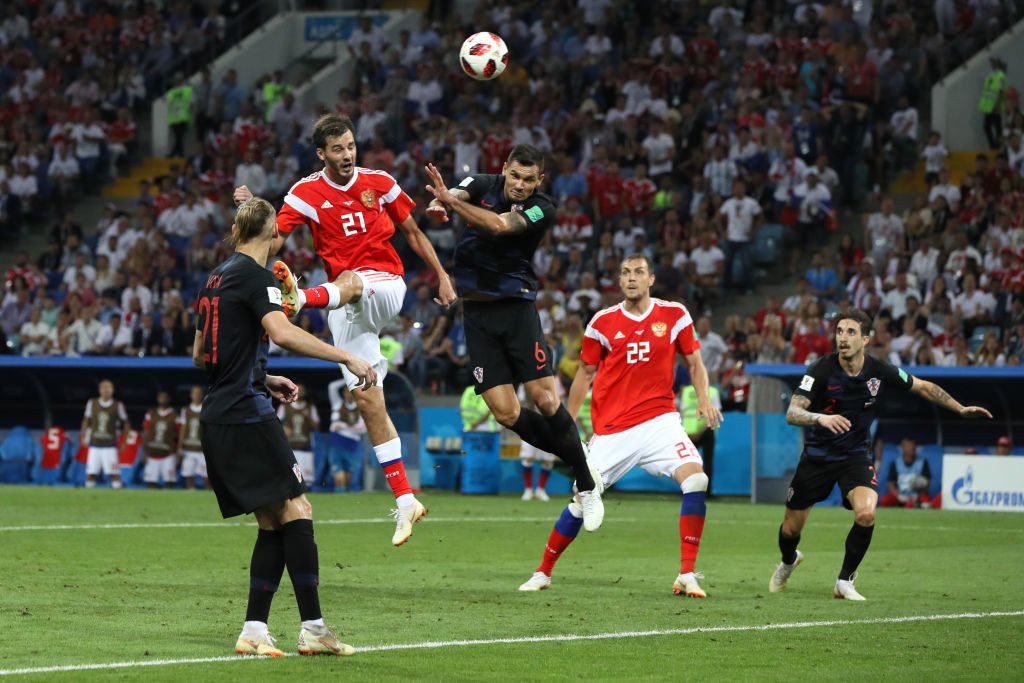 Had a fantastic chance in the box but hit his header just over the bar. Gifted Croatia a corner needlessly from under no pressure. 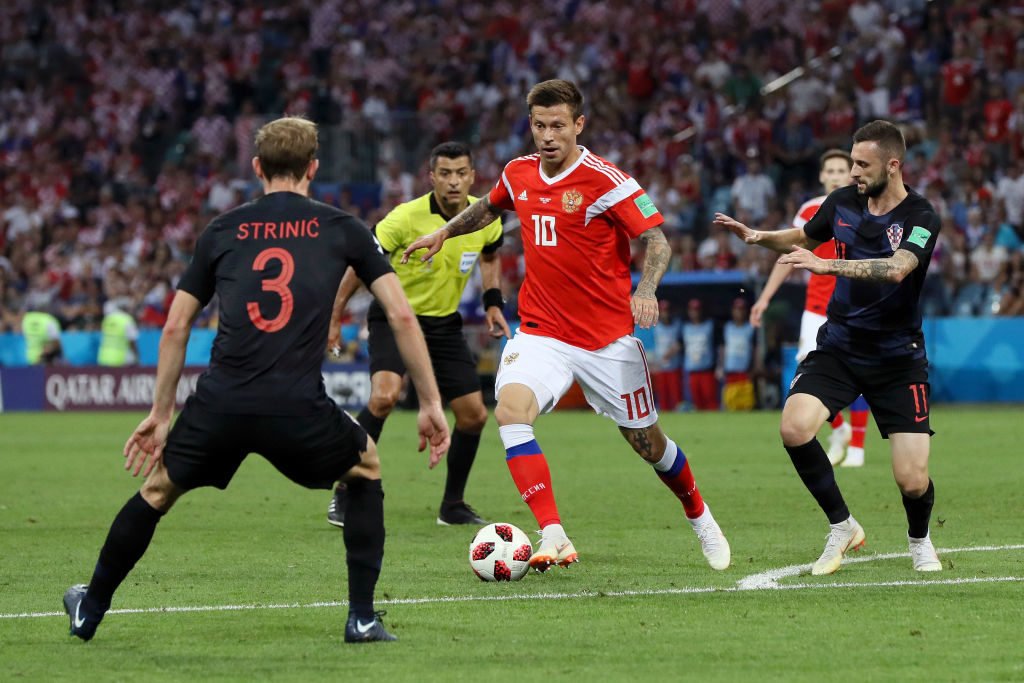 A tight-angle shot in injury-time – parried by the keeper. Feeble attempt when played through on goal, fell down easily. Unconvincing penalty. 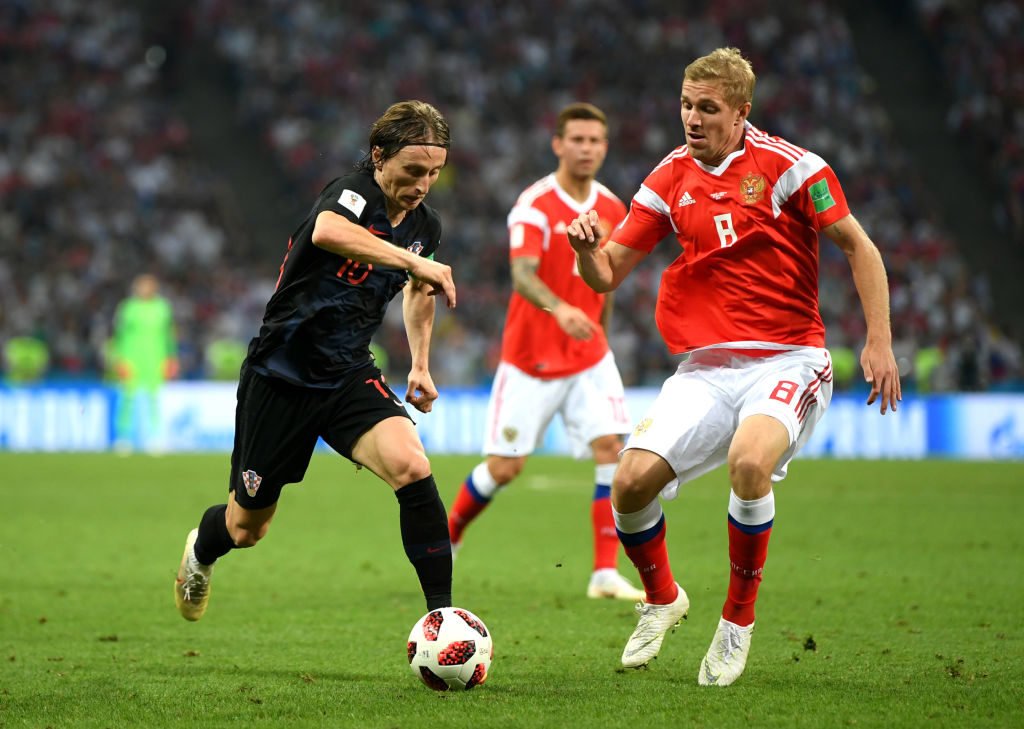 Came in to bolster the midfield by replacing Dzyuba that became a more solid 4-5-1. Three key inceptions when the team needed it most. (Booked). 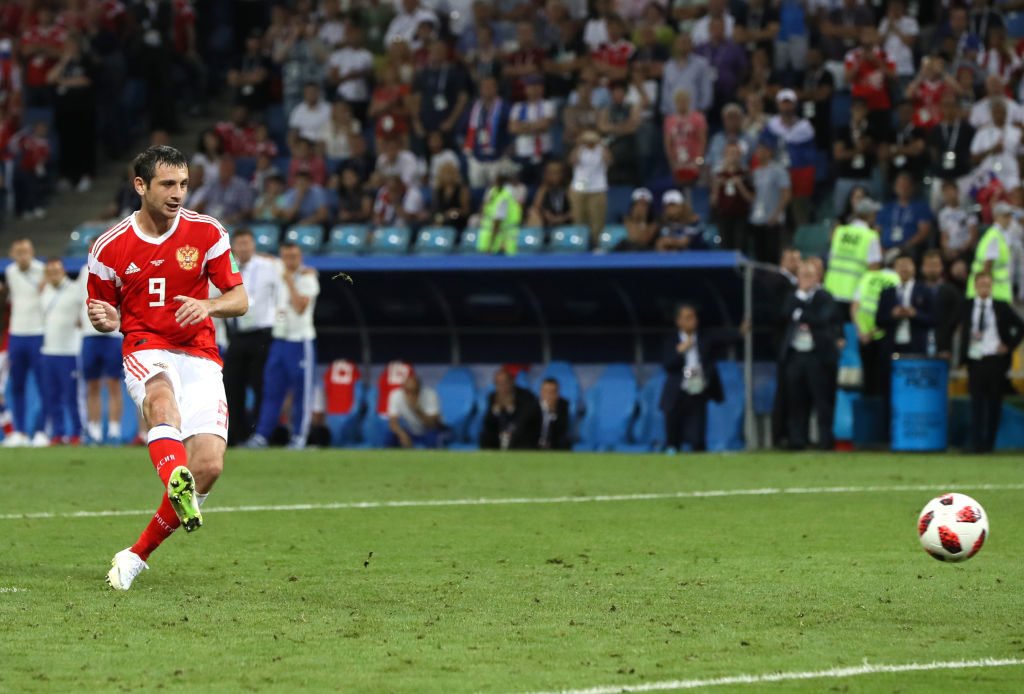 First game back since he was injured in the opening fixture. Swung in two delicious balls from set-pieces. His third met his target. Inspirational. Converted his penalty. 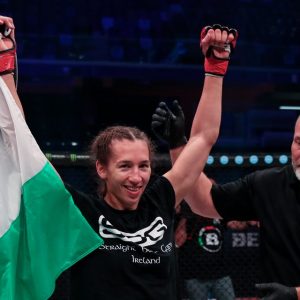 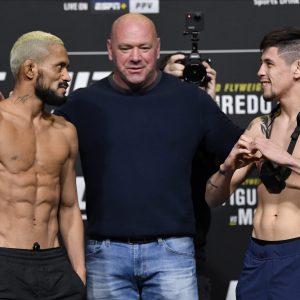 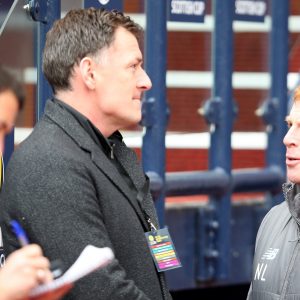 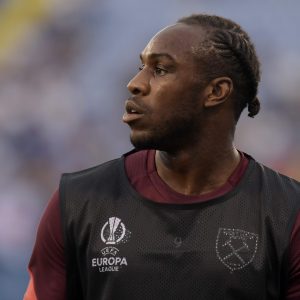 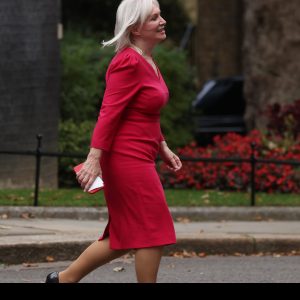