The World Cup is over, what are we supposed to do with ourselves now? We may have to talk to people!

France won their second world title after defeating Croatia 4-2 in the highest scoring final since 1966. Goals from Antoine Griezmann, Paul Pogba and Kylian Mbappe, added to an own goal from Mario Mandzukic, the first ever own goal in a World Cup final, meant ‘Les Bleus’ were the team to lift the famous gold trophy.

Croatia had fought valiantly, equalising through a wonderful goal from Ivan Perisic before Mandzukic redeemed for his earlier own goal by capitalising on a howler from French captain Hugo Lloris, but it wasn’t enough to claim a first World Cup.

The 21st edition of the global tournament produced moments of pure magic in games that will live long in the memory.

Now that the show is officially over, we’ve taken a look back at the games that made this World Cup so special: 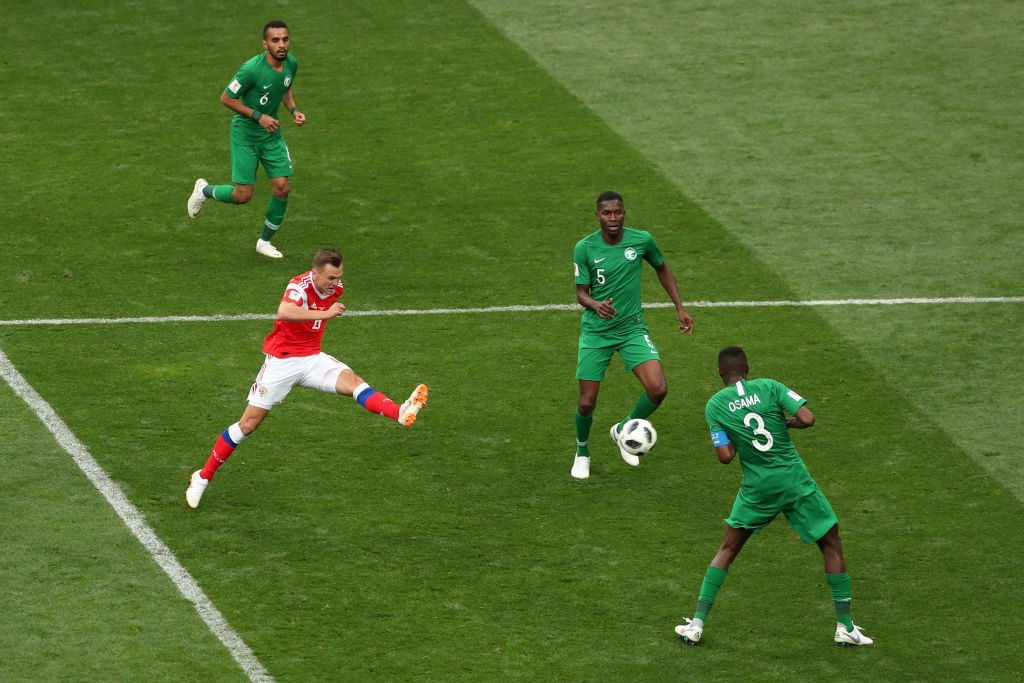 Russia kicked off their own party with a 5-0 thrashing of hapless Saudi Arabia, Gazinsky nodded the hosts in front before a Cheryshev brace and strikes from Dzyuba and Golovin sealed a rampant win in front of 80,000 in the Luzhniki stadium. 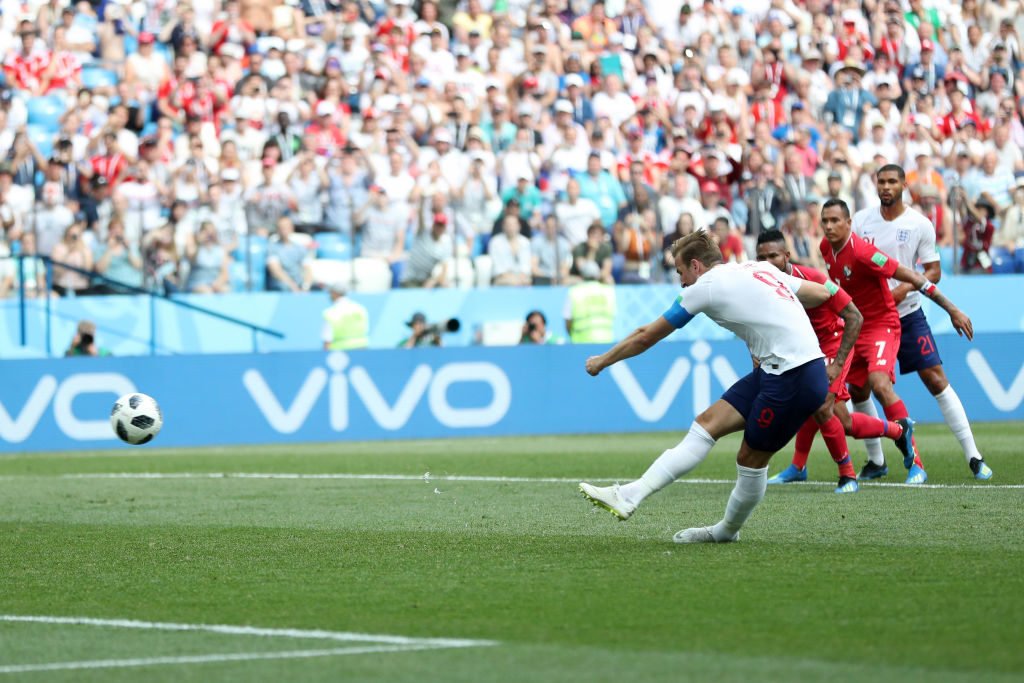 England produced a devastating first-half performance to thrash Panama 6-1 to seal a Last 16 spot. The ‘Three Lions’ had gone 5-0 up at half-time thanks to two emphatic penalties from Harry Kane, a brace of headers from John Stones and a 25 yarder from Jesse Lingard. An inadvertent backheel from Kane to finish his hat-trick put England 6-0 up before Felipe Badoy pulled one back for Panama. 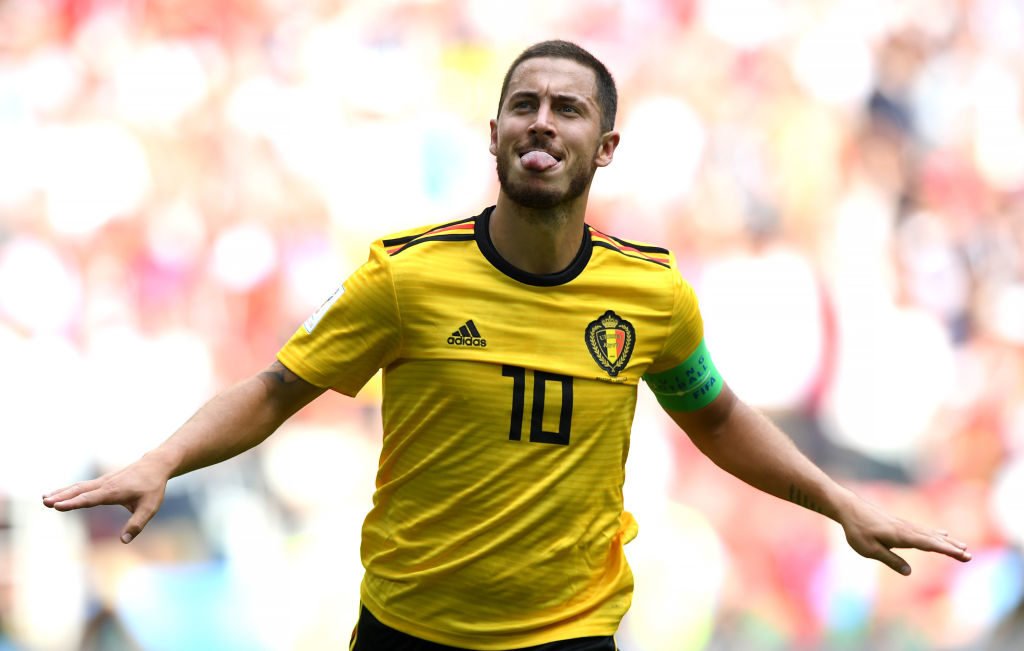 Belgium sent a message to the rest of the world with a convincing 5-2 over Tunisia, and it should have been more in truth. Eden Hazard and Romelu Lukaku both bagged braces, and Michy Batshuayi added the 5th in stoppage time to complete the rout. Dylan Bronn and Wabhi Khazri had scored for Tunisia but it was little to prevent a Belgium rout. 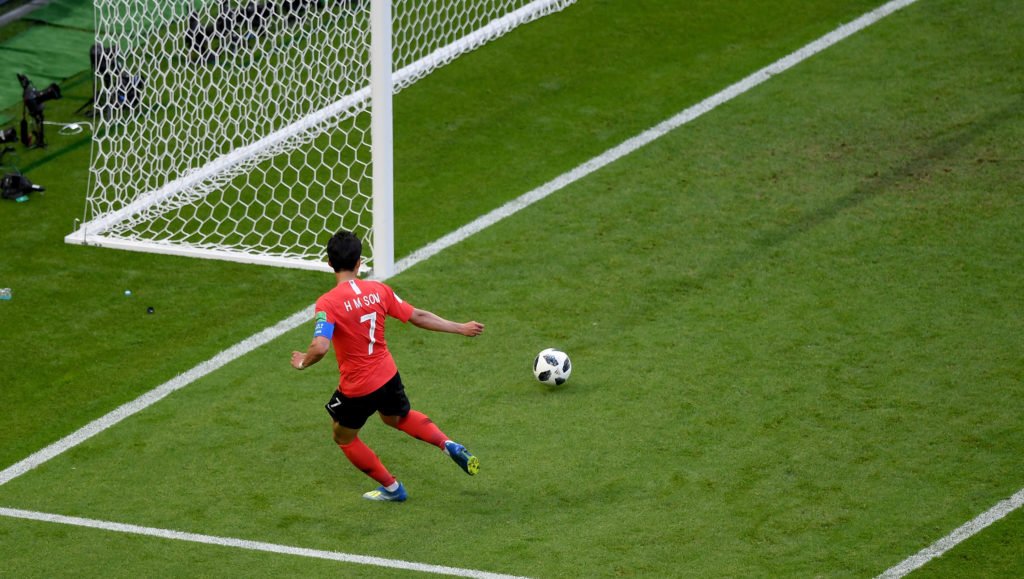 Germany were eliminated from the World Cup as they lost 2-0 to South Korea, having missed a host of chances to see them through. The reigning champions needed a win to progress but goals from Kim Young-Gwon and Son Heung-Min, who scored after Neuer was dispossessed in the Korean half, meant ‘Die Mannschaft’ were eliminated in the first stage for the first time since 1938. 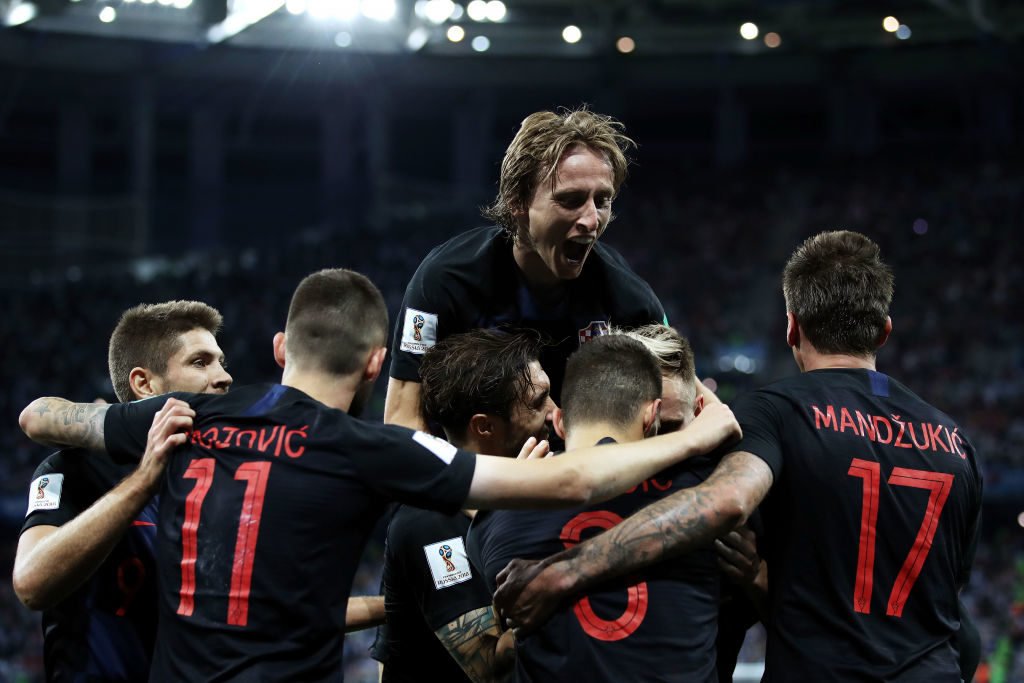 Luka Modric produced a masterclass from midfield as Croatia advanced to the Last 16 with an emphatic win over Argentina. Ante Rebic has volleyed Croatia into the lead after a fatal mistake from Willy Caballero, Luka Modric then fired the Europeans 2-0 up with a superb strike from 25 yards. Ivan Rakitic sealed a convincing win in stoppage time for Croatia. 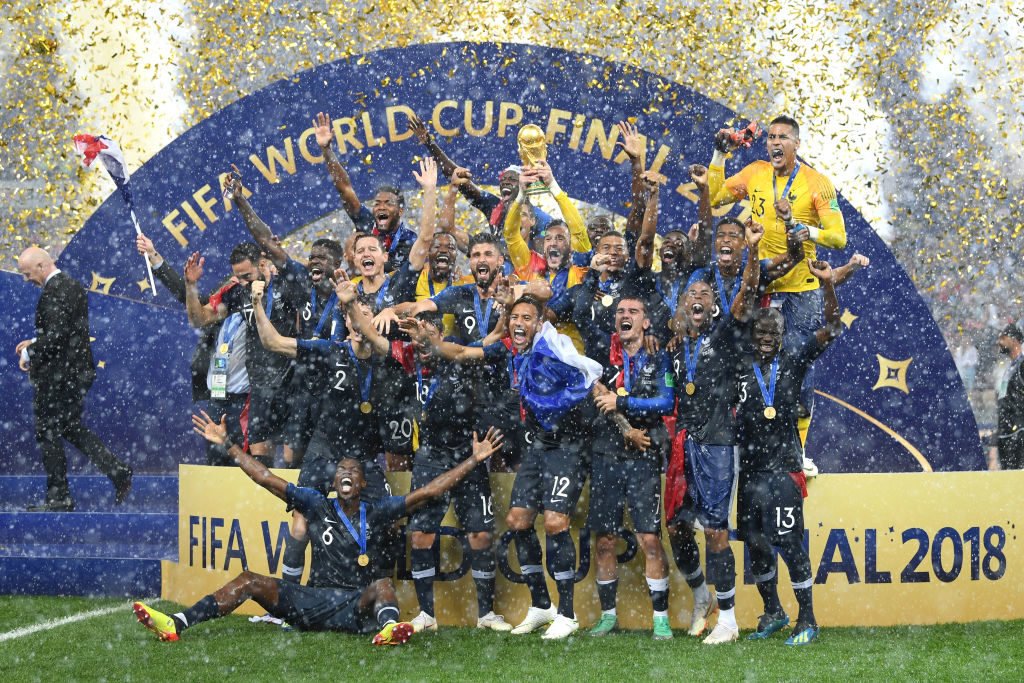 France won the World Cup in one of the most pulsating finals in history, an own goal from Mandzukic and a beauty from Perisic had the game level before VAR awarded a controversial penalty for handball against Perisic, Griezmann converted the spot kick to put his country ahead at half-time. Paul Pogba and Kylian Mbappe extended the French lead before Mandzukic pulled a goal back for the Croatians but it wasn’t enough to deny France a second world title. 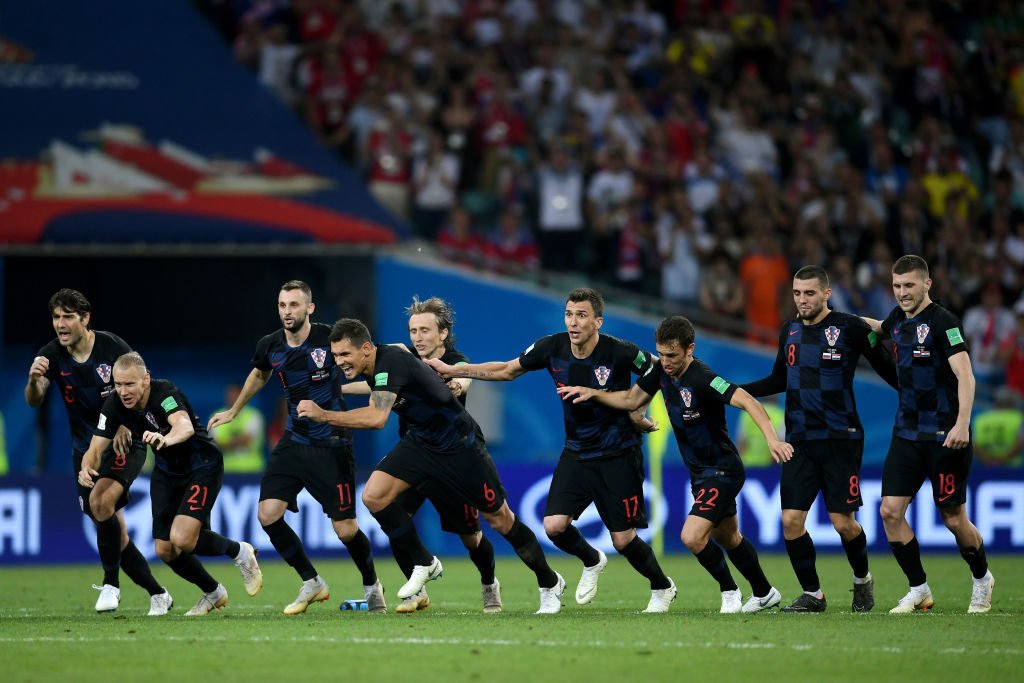 Russia’s involvement in their own party came to a heartbreaking end as they lost to Croatia on penalties. Both sides had required penalty shoot-outs to advance into the Last 8 and went the distance again here. Denis Cheryshev fired the hosts in front with another spectacular goal, Kramaric nodded in the equaliser for Croatia to send the game into extra time. Domagoj Vida thought he’d won it for the Vatreni but Brazilian-born Fernandes headed in to send it to penalties. Smolov and Fernandes and Kovacic missed their penalties before Rakitic sent Croatia through to the Last 4. 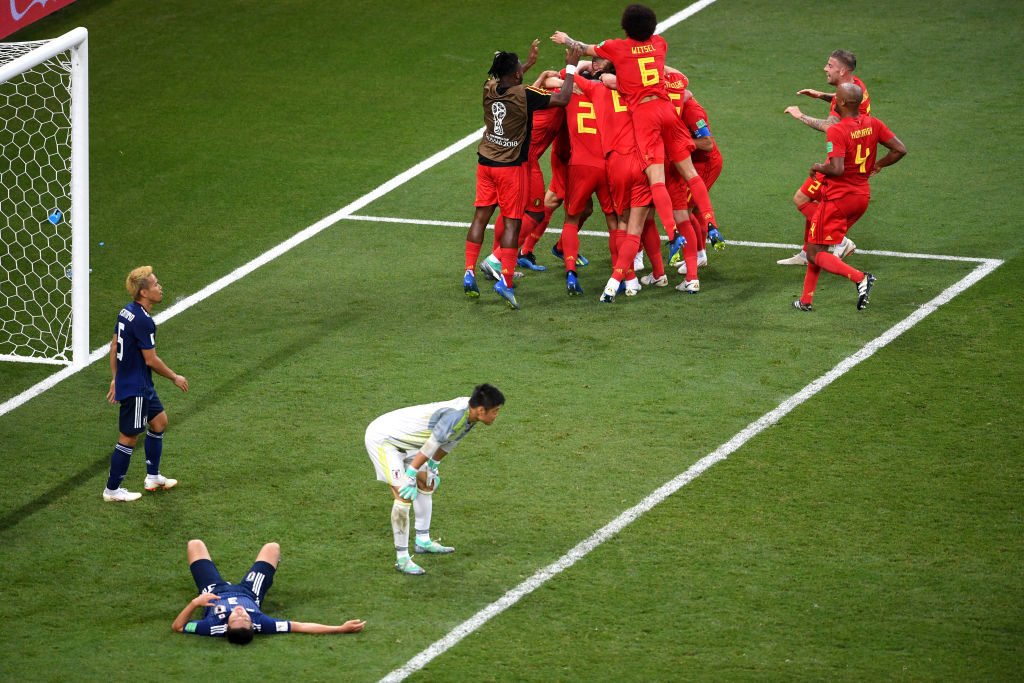 Belgium advanced into the quarter-final in dramatic fashion after coming back from 2-0 down to win 3-2, with a last minute winner from Chadli. The first half had ended 0-0, then Japan scored twice in 4 minutes, including a stunner from Inui, to take a shock lead and put Belgium in danger of going out. The ‘Red Devils’ fought back with goals from Vertonghen and Fellaini before acounter-attackk from a Japan corner led to Chadli slotting in the winning goal with just seconds to spare. 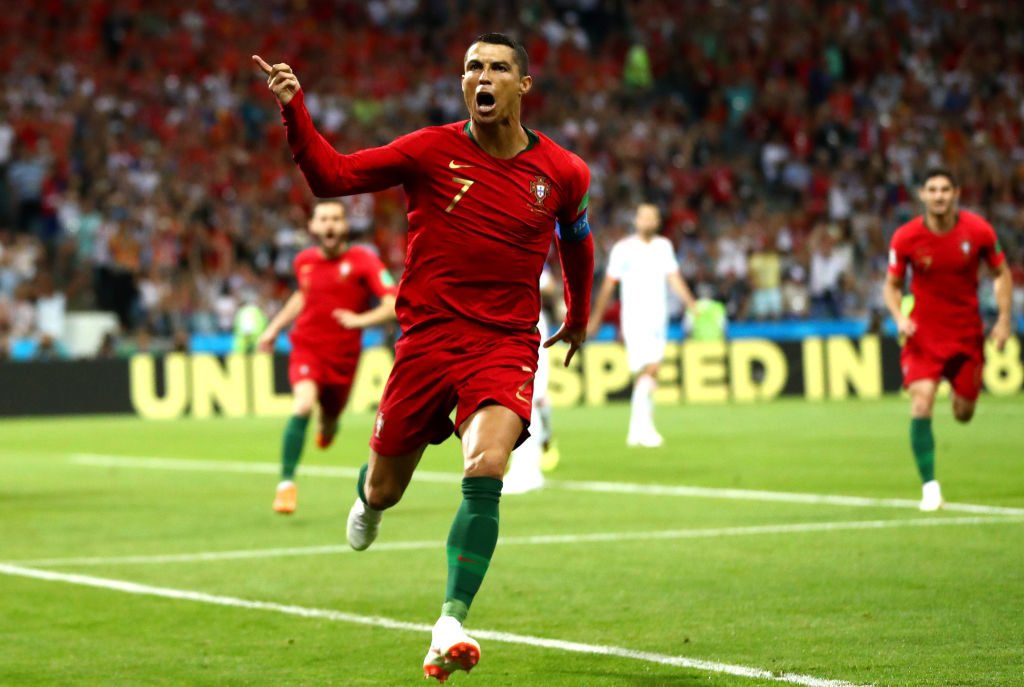 The second night of the World Cup produced an Iberian classic as Spain and Portugal drew 3-3 in a game full of wonderful goals. Ronaldo slotted Portugal in front from the spot before Diego Costa bullied Pepe and fired past Rui Patricio to level for Spain. De Gea spilt a Ronaldo shot to put the European Champions ahead at halftime before Diego Costa got Spain level again after the interval. A superb fizzing strike from Nacho, one of the goals of the tournament, put Spain in front for the first time before Ronaldo stepped up and completed his hat-trick with his first free-kick at a major tournament in 45 attempts to rescue his nation a point. 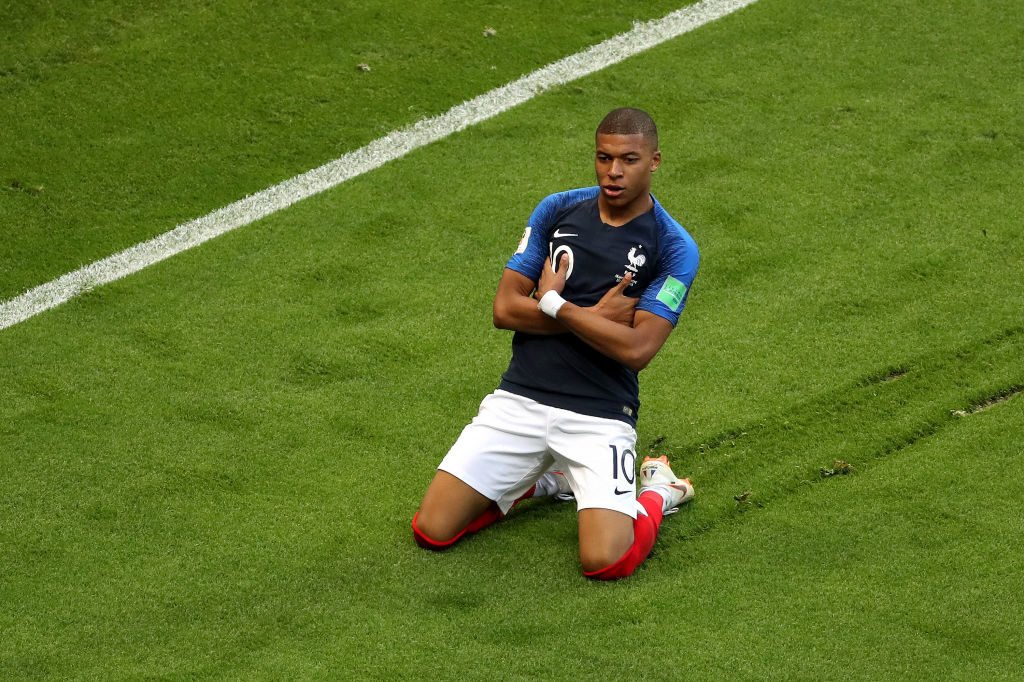 The knockout rounds opened in spectacular fashion, a Griezmann penalty followed by a wonder strike from Di Maria had the game level at half-time. The second half blew into life as Argentina took the lead before Pavard scored one of the goals of the tournament to equalise for the French. Kylian Mbappe then turned on the style to fire in a quick-fire brace, an Aguero consolation was just that as France advanced from a blockbuster tie.