Northern Ireland return to competitive international football on Saturday for the first time since the heart-breaking World Cup play-off defeat to Switzerland in November to take on Bosnia and Herzegovina at Windsor Park.

The match will be Northern Ireland’s first in the inaugural UEFA Nations League tournament, which has been brought in to replace international friendlies and give countries something to play for aside from qualification for major tournaments. I will try to explain the implications of the match and tournament for Northern Ireland – bear with me, it’s all a bit mad:

The 2018 UEFA Nations League will take place in September, October and November of this year before qualification for the 2020 European Championships commences in March of 2019.

So back in January, the draw for the UEFA Nations League was made. Northern Ireland were seeded in League B along with all of the other European Nations ranked between 13th and 24th in Europe. League B consists of four groups, each of which is made up of three teams – Northern Ireland were drawn in a group with Bosnia and Austria, avoiding potential clashes with the Republic of Ireland and Wales. 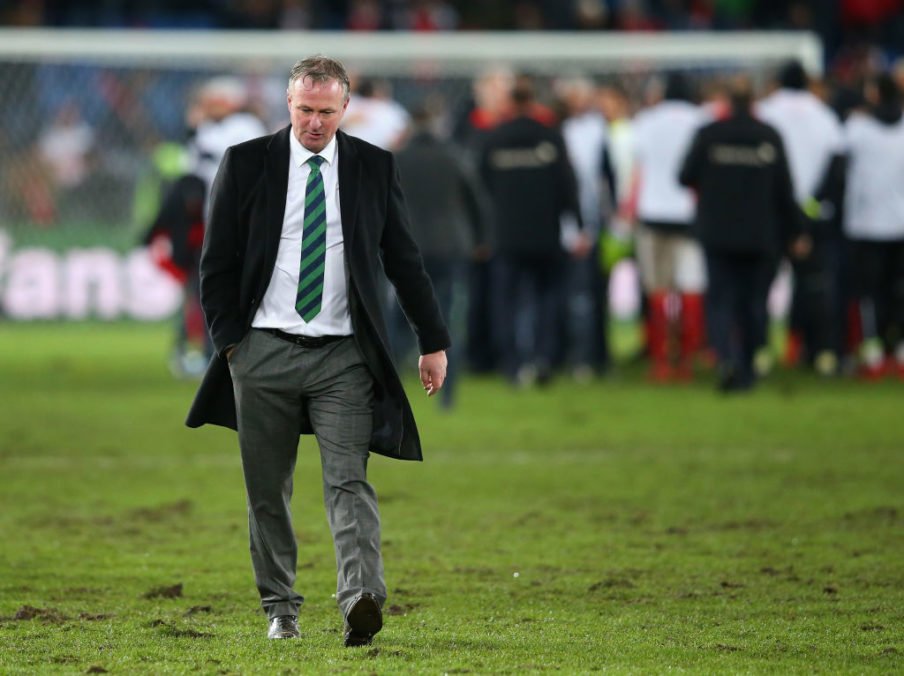 So what would happen if Northern Ireland win their group? Firstly, they would be promoted to League A for the 2020 UEFA Nations League, where they would compete for the trophy itself with the potential of being drawn against Europe’s elite footballing nations. Secondly, they would be seeded in Pot 2 for EURO 2020 qualification, giving themselves a better chance of progressing for the tournament with an easier qualification group. Thirdly, if Northern Ireland were to fail to qualify for EURO 2020 via the regular method, it would guarantee them a play-off – a semi-final and final format against the other three winners of the groups in League B. In short, it’s worth taking these matches seriously.

And if they were to finish bottom? Well, they would be relegated to League C for the 2020 UEFA Nations League, placed in Pot 3 for the EURO 2020 qualification draw and miss out on the safety net of a play-off if they weren’t to qualify for the Euros. If Northern Ireland finish 2nd, they would be neither promoted nor relegated and would be in Pot 2 for the draw. Something to note is that if two sides are tied on points in a group, it would come down to head-to-head record before goal difference.

Hopefully, you now have some idea of what Northern Ireland are playing for on Saturday and understand the competition and its implications for EURO 2020. Now let’s talk about the match itself.

Manager Michael O’Neill revealed his 23-man squad last month for the double-header against Bosnia and Israel (friendly). One notable absentee was left-back Chris Brunt, who announced that he would be hanging up his boots at Windsor Park to concentrate on his club football at West Brom. The news has come as a big blow to most Northern Ireland fans – the 33-year-old has been a mainstay in the side for over a decade now, making his debut in 2004 and racking up 65 appearances along the way. 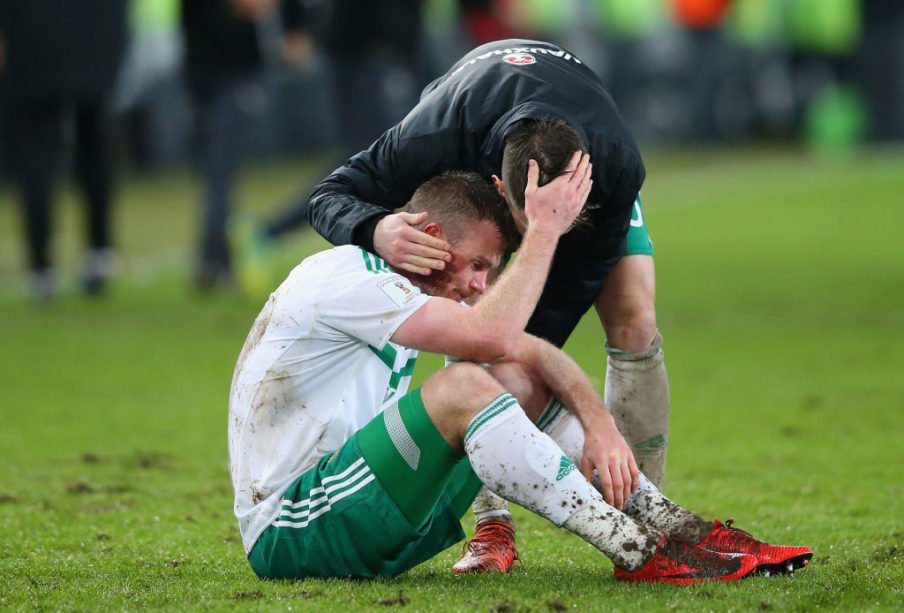 It wasn’t always plain-sailing for Brunt as he divided opinion amongst the Windsor Park faithful for many a year but by the end of his international career, you would have been hard-pressed to find anyone who didn’t agree that his wicked deliveries from his left foot were a huge asset to Northern Ireland in any given match.

Brunt’s retirement has vacated a starting berth for the upcoming matches and it looks likely to be filled by young Norwich left-back Jamal Lewis, who has started the last four matches for Norwich in the Championship this season, grabbing an assist in the 2-0 defeat of Preston. Lewis’ name may be familiar to those who watched the Chelsea v Norwich FA Cup tie last season, where the 20-year old grabbed a last-minute equaliser for the Canaries, sending the match into extra time. Lewis made his senior international debut in the friendly victory over South Korea in March of this year and looks set to be given the opportunity to make the left-back role his own.

His rivals for the position include 30-year-old Michael Smith of Hearts, who is capable of playing anywhere across the back line and veteran Aaron Hughes, who O’Neill has regularly turned to recently despite his age and lack of speed.

Elsewhere in the back line, it will be interesting to see what O’Neill does at centre-half. Personally, I would like to see Evans and Cathcart given the nod but O’Neill has favoured a three-at-the-back system of late in order to fit as many centre-halves in as possible – a position in which Northern Ireland are very well stocked. Scottish Premiership defenders Aaron Hughes and Gareth McAuley will also be looking to stake their claim, however, both are now 38 years of age and at some point, O’Neill is going to have to work out a solution without his two veterans. 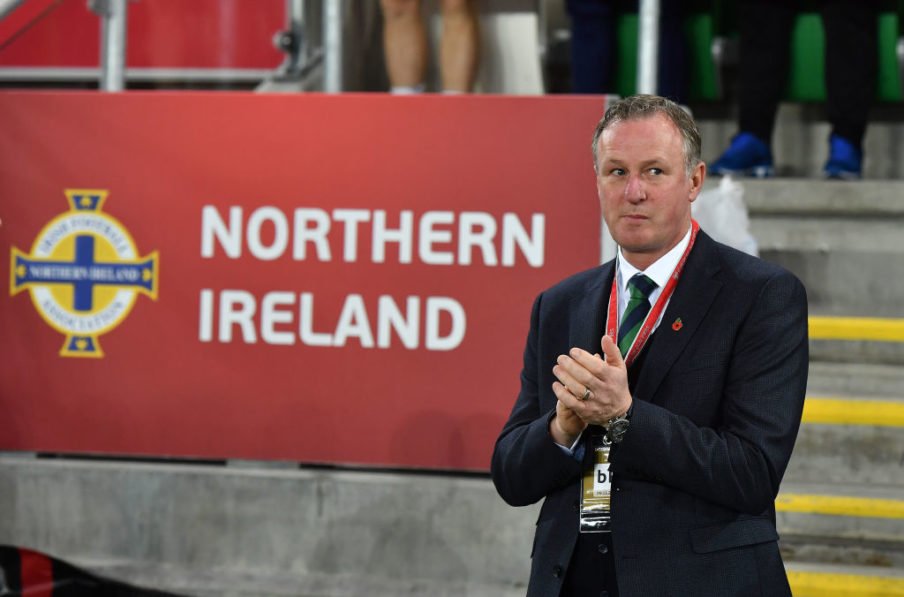 Personally, I’m a fan of the 4-3-3 system – I think NI look far more potent and organised in that formation and I have concerns over whether the qualities of our full-backs lend themselves to the wing-back role.

Between the sticks, it’s a three-way battle for the jersey. Michael McGovern, after a superb EURO 2016, has lost his way a little at Norwich City. He was second fiddle last season and is yet to start a game so far this campaign. He has by far the most international experience of the three, though young starlet Bailey Peacock-Farrell has established himself as the first choice for high-flying Leeds this season under Marcelo Bielsa and Trevor Carson, Motherwell’s main man in nets, has waited very patiently over the years for his run in the side.

Elsewhere in the squad, you would expect Southampton’s club captain Steven Davis to play in the middle of the park despite losing his place in the Saints’ XI this season. George Saville will also surely start having impressed so much for both Millwall and Northern Ireland last year, earning himself a move to promotion-hopefuls Middlesbrough for the forthcoming season. Oliver Norwood will likely be given the nod and his dead-ball ability could be a key asset for the Green and White Army in the absence of Chris Brunt. Former Manchester United man Paddy McNair also earned himself a move to Pulis’ Boro side last window after a superb campaign for Sunderland last year. McNair was man-of-the-match for NI in their recent friendly in Panama so would be justified in thinking that he should be in the manager’s thinking for this one. 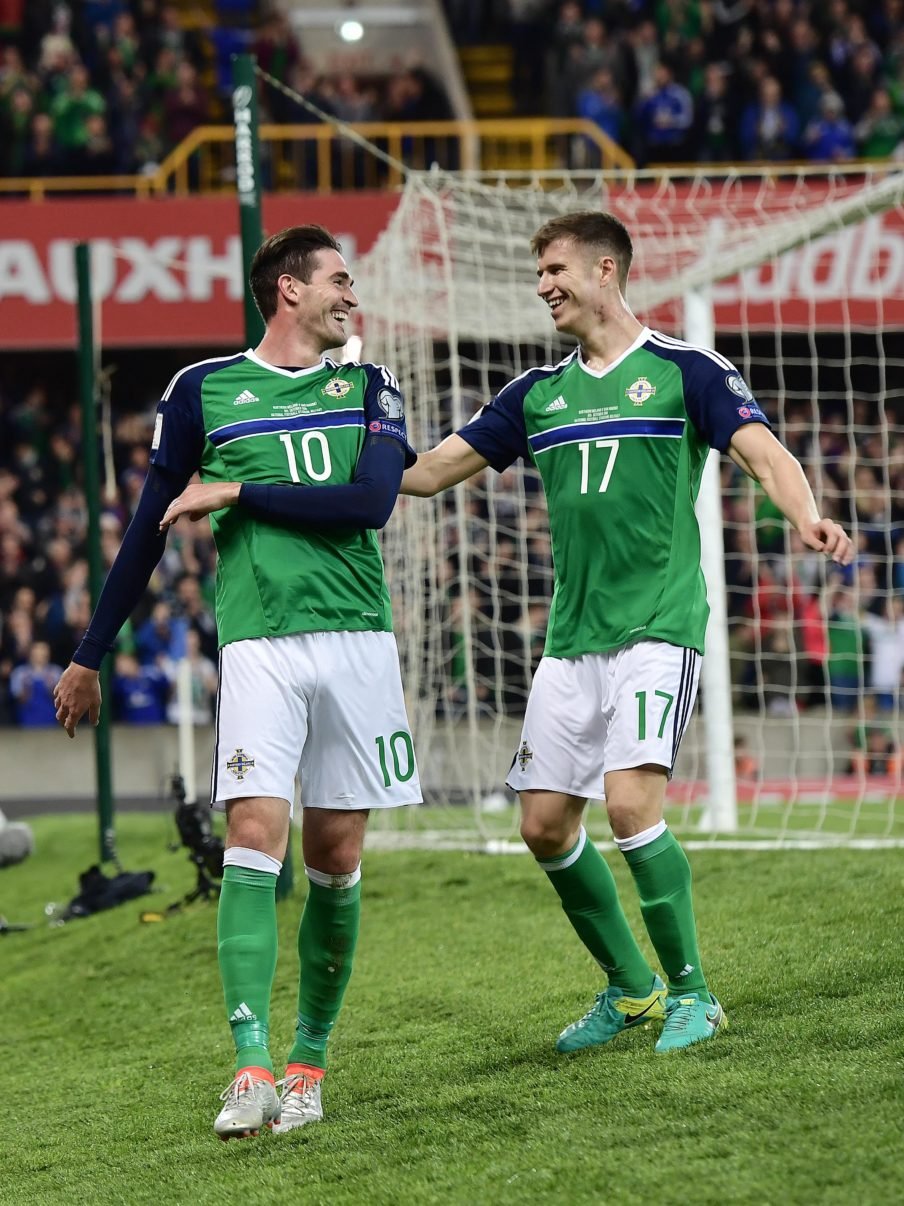 The front three will be an interesting selection, assuming that it will indeed be a front three. Kyle Lafferty looks to be the favourite to play centrally, especially given his current form as NI’s all-time second top scorer was signed by Steven Gerrard this summer for Rangers and made an immediate impact, scoring a brace on his debut to add to his 12 in the league last season for Hearts. Conor Washington has added a different dimension to Northern Ireland’s game when he has started but the English-born frontman has struggled drastically for form of late, his last goal coming in February for QPR, who recently terminated Washington’s contract. Will Grigg’s goalscoring form for Wigan has earned him a recall to the national team and Josh Magennis will be in the mix for a start having netted a couple for Championship side Bolton so far this year, after transferring from League One side Charlton.

In the wide areas, the exciting Kilmarnock man Jordan Jones could get a first competitive start due to the fact that the more familiar Stuart Dallas and Jamie Ward have struggled for first-team football at their respective clubs this season. It will certainly be intriguing to see what system O’Neill goes for on Saturday with quality and in-form wide-players in short supply at this present moment.

Before I round this up, let’s have a quick look at Saturday’s opponents. Bosnia are currently managed by former Real Madrid midfielder Robert Prosinecki. The match at Windsor will be his first competitive game at the helm and the 49-year-old Croat will be seeking revenge on Northern Ireland with the Green and White Army having beaten Azerbaijan home and away in World Cup qualification, the nation he managed from 2014 to 2017. From what I saw of Azerbaijan in the last campaign, Prosinecki had his side extremely well drilled and hard to beat. 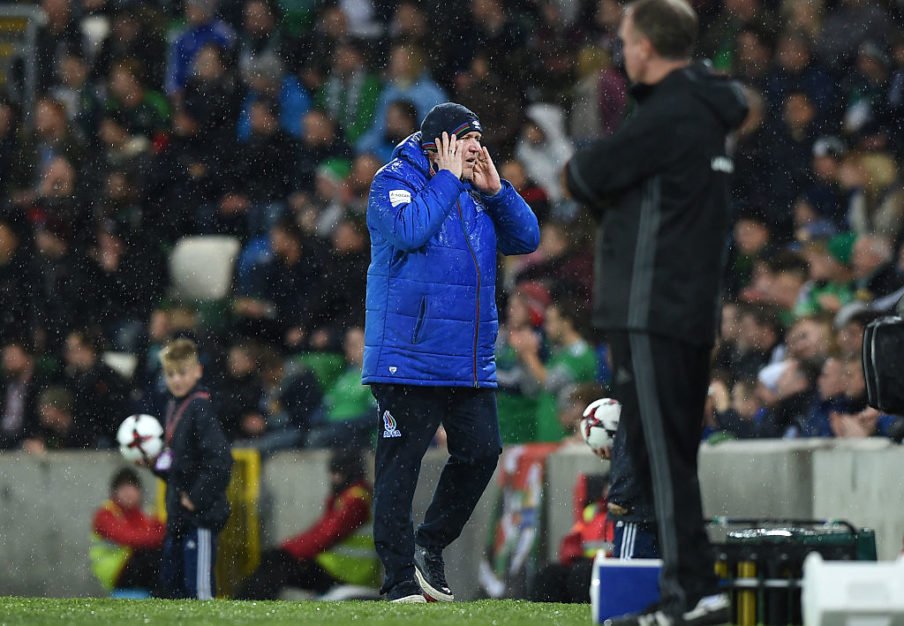 Northern Ireland were extremely lucky to steal a late win in Baku and he managed to hold the Czech Republic to a draw and beat Norway in the last campaign, two very impressive scalps for a nation of the footballing heritage of Azerbaijan.

As for the squad itself, by far the greatest threat to Northern Ireland is Roma frontman Edin Dzeko. Since leaving Manchester City, Dzeko has been in top class form and last season he managed 16 league goals and a further eight in the Champions League (two of which came against eventual finalists Liverpool, who struggled to contain him over the two legs). Other names that will stick out are Miralem Pjanic of European giants Juventus and Muhamed Besic, formerly of Everton and currently plying his trade alongside Paddy McNair and George Saville at Middlesbrough.

Aside from Dzeko, Pjanic and Istanbul Basaksehir midfielder Edin Visca, there are only three international goals in the Bosnia squad so the potency which O’Neill will be seeking to nullify is clear.

I would personally be looking to take this game by the scruff of the neck. In a group of three teams, it’s imperative to pick up points at home and Northern Ireland have been almost faultless over the years at Windsor Park. O’Neill will no doubt have meticulously prepared for the threat that Prosinecki’s side will pose but also needs to ensure that we carry enough of a threat of our own to break down what will no doubt be a well-drilled Bosnian rearguard.

Let’s hope for a positive result to set us up for the rest of the campaign and the Saturday night!