Last week, on March 8, which happened to be International Women’s Day, the United States Women’s National Team (USWNT) filed a lawsuit against US Soccer regarding equal pay. It has been no secret that the men’s team are paid significantly more than the woman’s team despite the differences in success.

First, let’s define the success of both the men’s and the women’s teams. The men failed to qualify for the World Cup for the first time since 1986 and have never even come close to winning a World Cup. The woman are just shy of four years removed from their third World Cup title and are the favourite to win a fourth in this summer’s Woman’s World Cup in France. The women have also won four gold medals at the Olympics, where the men have yet to win a gold at the Olympics, but I will not include this in my reasoning because men’s soccer at the Olympics is used as a developmental showcase rather than the best of the best tournament, like it is with the women.

The overwhelming majority of the media supports the USWNT in their lawsuit, despite the fact that the media covers the men’s team more than the women’s team. American media claim to be for equal rights when they give such little coverage to the women’s game. For example, FOX Sports’ lead soccer broadcasting team is John Strong and Stuart Holden, who called the most games at the 2018 Men’s World Cup, FOX have already announced that this summer’s Women’s World Cup will not be led by Strong and Holden, but led by legendary commentator JP Dellacamera and Aly Wagner.

It was reported in 2016 by ESPN that there was a difference of just 2.2% on average pay over the previous four years. It was reported that the average male player received $710,775 while women were paid $695,269.

The USMNT made double the revenue in their Round of 16 World Cup year in 2014 than the USWNT did in a World Cup winning 2015.

There has been an argument that revenue generated should not impact the amount of compensation to the players. Well, there is a simple answer to that. Professional soccer is an entertainment industry. Entertainment industries make money off of revenue. A not so good Will Ferrell movie is going to create more revenue than a great movie with actors that haven’t been heard of.

In my opinion, the pay gap is less apparent when you take into consideration the revenue generated from both sides. If they want to make more money, go deeper and promote more than the men’s team. They must take promoting into there own hands if they want a dramatic change, which starts with the clubs in the NWSL, who have terrible attendance, sales, TV deals, and other revenue statistics compared to MLS.

Do you believe the USWNT are not paid equally to the men? 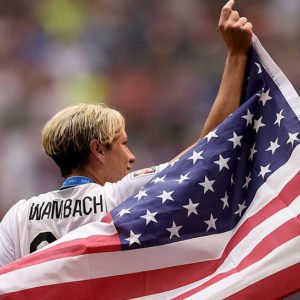 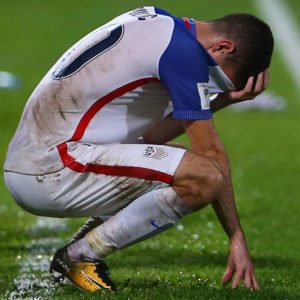