The first international break of the season is upon us, and with it comes another chance for Gareth Southgate to assess his options ahead of next summer’s European Championships.

Two favourable qualifiers on home soil should provide a good base from which Southgate can rotate his players without seeing performance levels drop significantly. Much was made about Kyle Walker’s omission from the squad in favour of the uncapped Aaron Wan Bissaka, But with Wan Bissaka now having pulled out through injury Southgate’s experiment at right-back will have to wait at least a few months.

Both players have made impressive starts to the new campaign and with age on the side of the former Crystal Palace full-back, it is a decision that will pay dividends in the near future as Southgate looks to avoid complacency and future proof his side post-2020. Whilst Wan Bissaka’s late withdrawal will ensure more game time for Trent Alexander-Arnold, whose stellar performances for Liverpool last season saw his stock rise exponentially.

There are also returns to the squad for Harry Winks, a midfielder playing well within his means and one who could benefit from utilising his expansive passing on a more regular basis, whilst Alex Oxlade-Chamberlain makes his long-awaited return to the England set-up after a lengthy spell on the sidelines.

Other notable additions to the squad include Chelsea’s Mason Mount, who has cemented his place in Frank Lampard’s new-look team with a spurt of goals towards the back end of August, as well as Aston Villa’s Tyrone Mings whose inclusion provides a little less optimism considering The Villains’s slow start to the campaign and questionable defensive numbers. Leicester’s James Maddison has also made the successful transition from U-21’s football to the senior squad, following the continuation of the form he displayed towards the backend of last season.

Here is our predicted England XI… 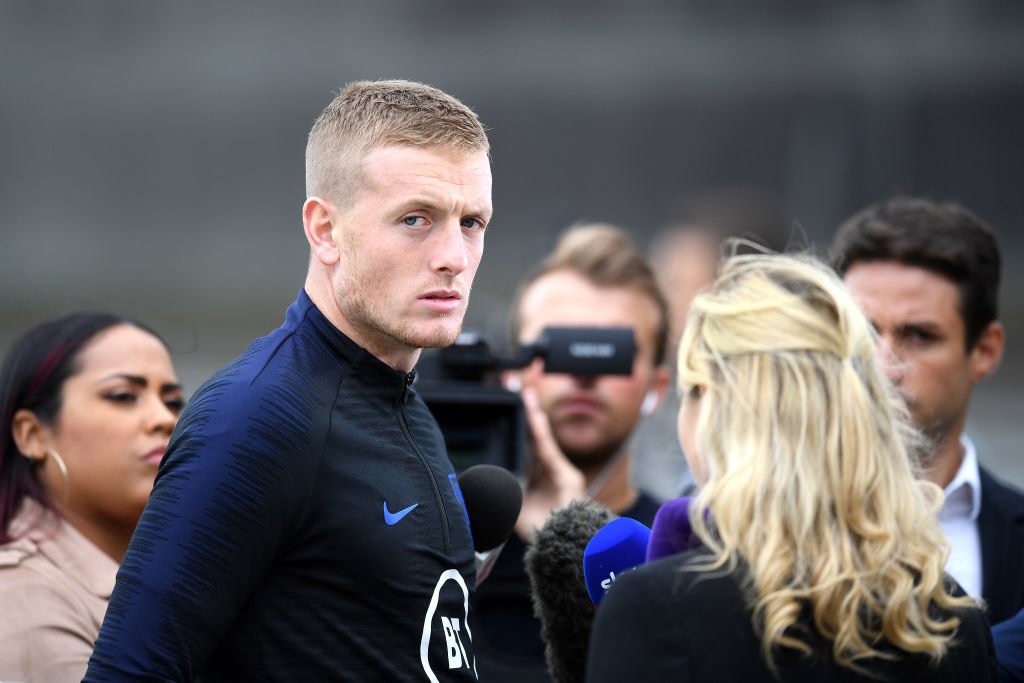 With Nick Pope already surpassing Tom Heaton’s save percentage numbers at Burnley, England’s number one Pickford will need to cut out some of the costly errors that became synonymous with his performances last season. 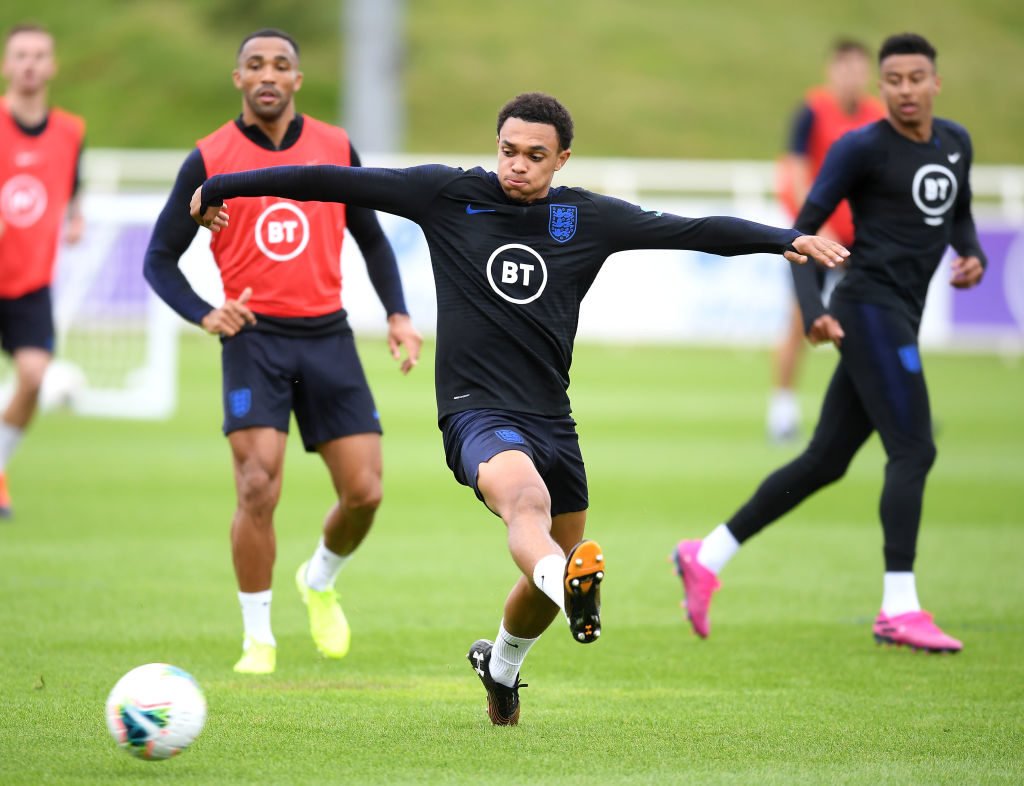 It is probably fair to say that when it comes to right-backs England are the most well-stocked of any team in the world right now, and Alexander-Arnold is the pinnacle of this argument after providing 14 assists in all competitions last season, as Liverpool conquered Europe. Although not quite as assured defensively as last season, Arnold has still managed to lay on two assists whilst also picking up his first clean sheet of the campaign against Burnley. 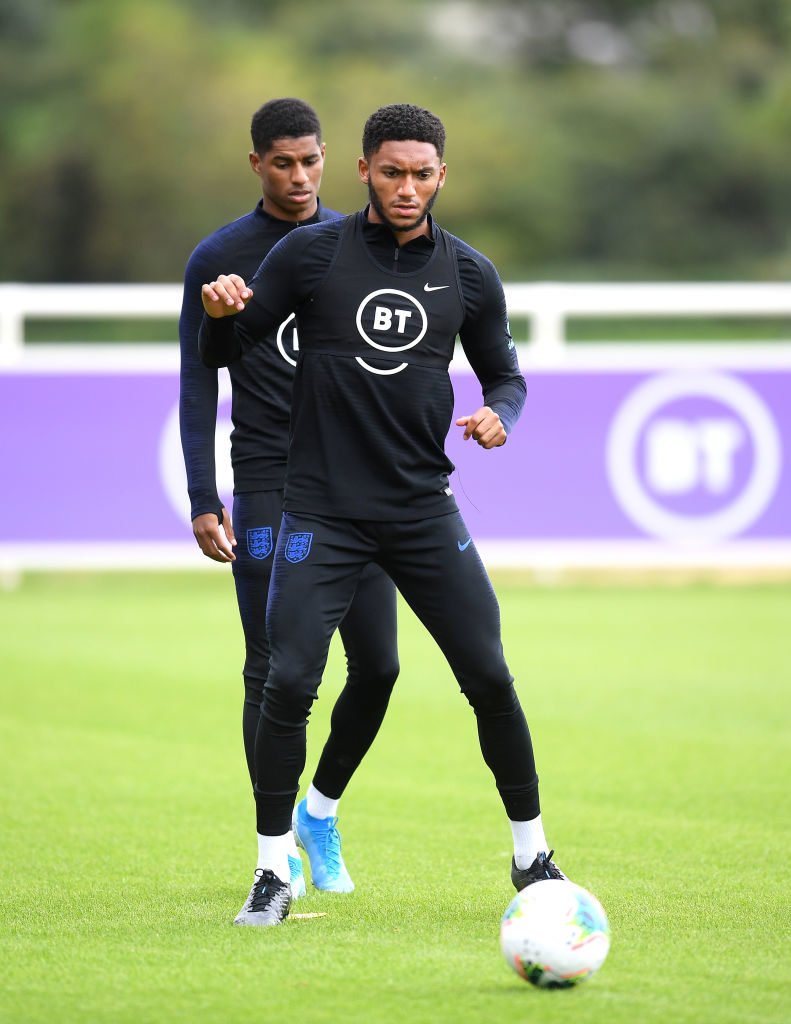 Gomez has seen his opportunities limited this season, with Jurgen Klopp favouring to play Joel Matip alongside Virgil Van Dijk, but the young centre half has the potential to become one of the Premier League’s best defenders and Southgate is very much aware of the composure Gomez possesses on the ball.

With John Stones being ruthlessly caught out by a lack of awareness and composure in the Nations League game against Holland, Gomez has the opportunity to make the position his own over the next couple of international breaks. 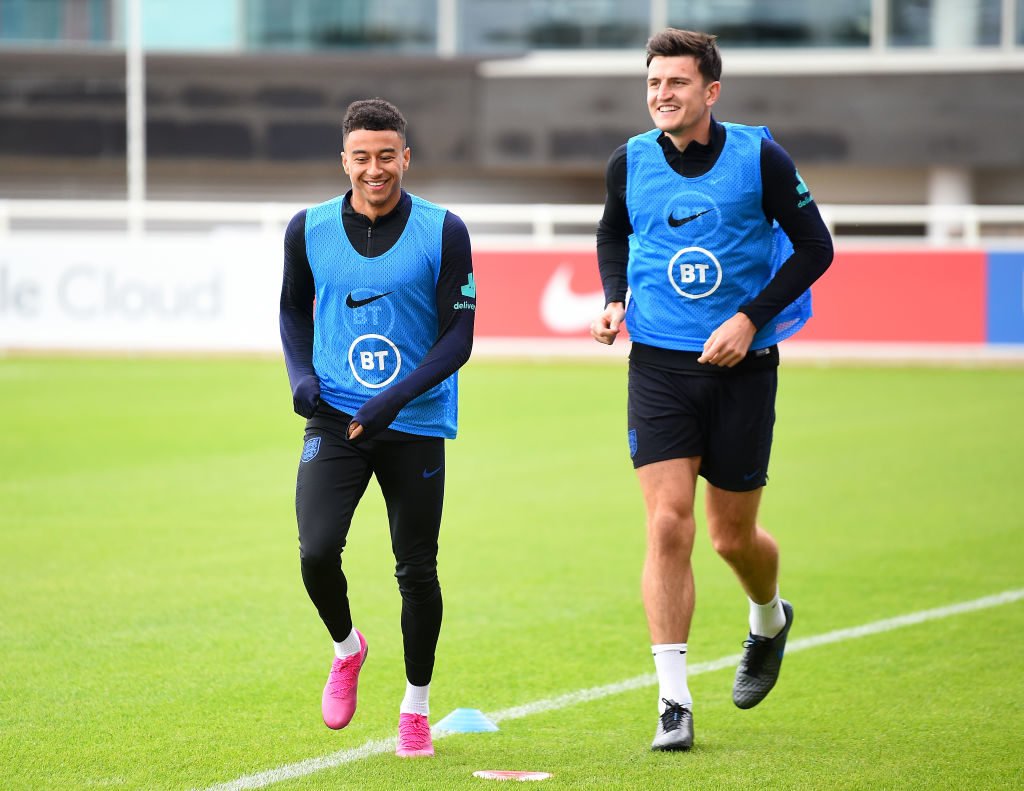 A dominant home debut against Chelsea on the opening weekend seemed to suggest that Maguire’s influence would culminate in a sharp upturn in fortunes for the Red Devils. As such United have failed to win their next three games, and Maguire will be looking to England to provide some salvation for the season ahead. The £80 million centre-half is arguably still England’s best defender and Southgate will be hoping he can showcase that over the neweek or so. 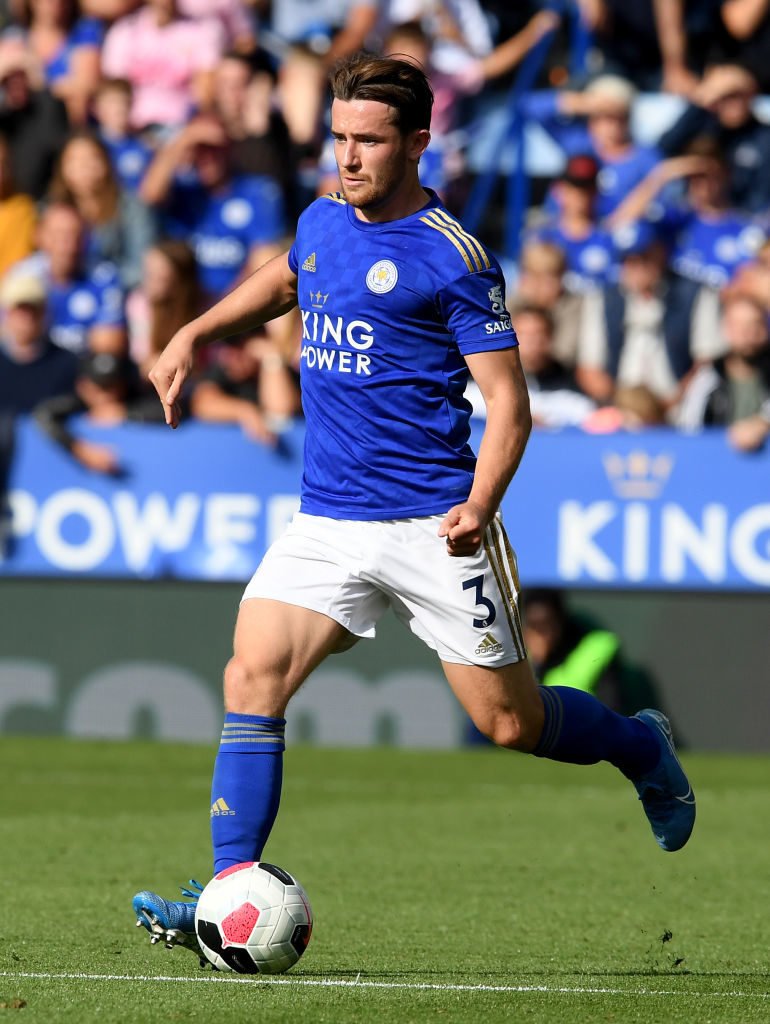 Just as Danny Rose was starting to pick up some form Tottenham’s regeneration project has begun to drastically unfold, and as a result Rose has seen very little game time. Chilwell, on the other hand, has greatly contributed to Leicester’s unbeaten start to campaign and is thriving in a young progressive squad under Brendan Rodgers. 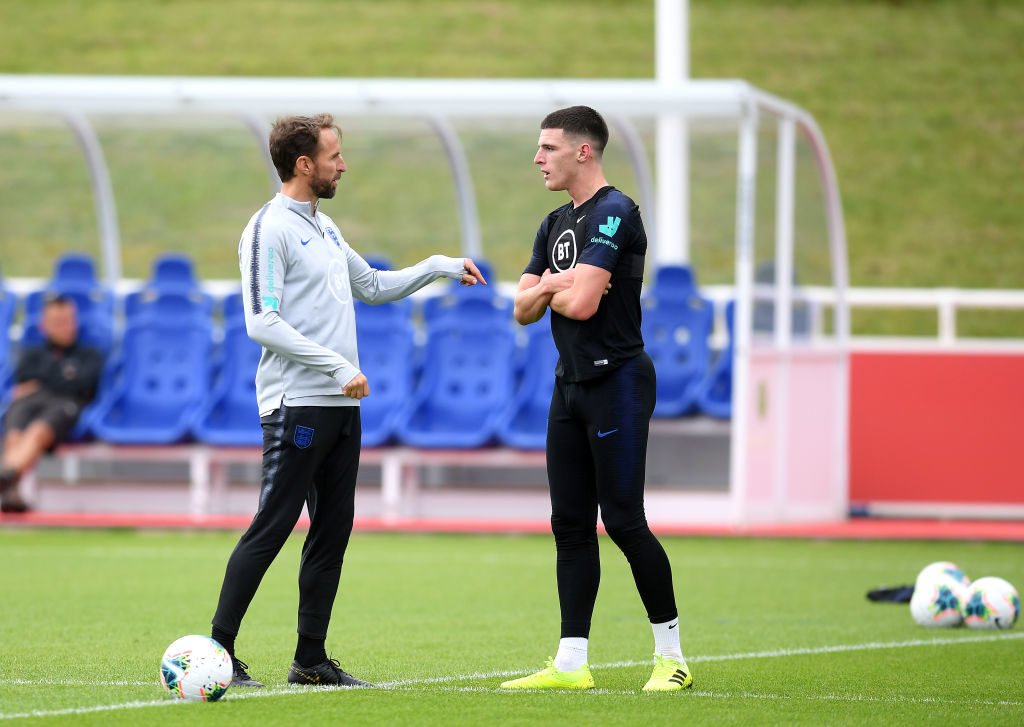 There is no doubting Jordan Henderson’s quality and he is without doubt England’s first choice, but with a severe lack of options at the base of midfield Southgate needs to assess a couple of more combative alternatives with Rice being one of them. Hamza Choudhury looks to be another interesting choice in that position but he is still learning his trade, having only just been promoted to first team duties at Leicester. 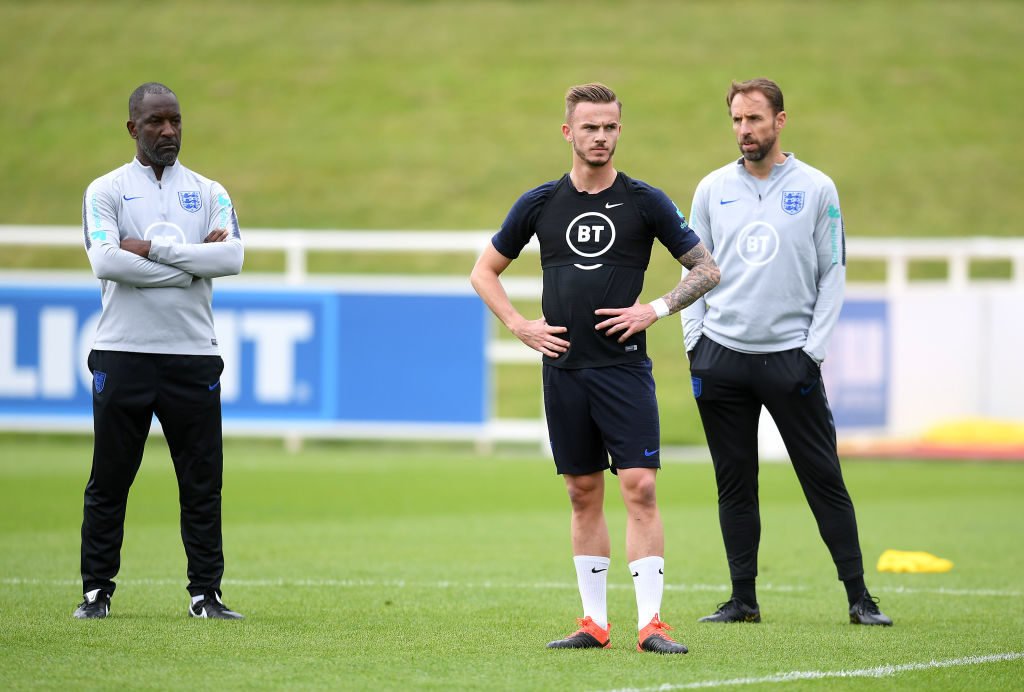 It seems incredible how long we’ve had to wait for Maddison to earn a call up to the squad, whilst players like Delle Alli and Jesse Lingard continue to struggle for both form and fitness, but with the Tottenham man still on the sidelines there is a golden opportunity for Maddison who has carried on the form he displayed last year – creating more chances than any other player in the Premier League last season. 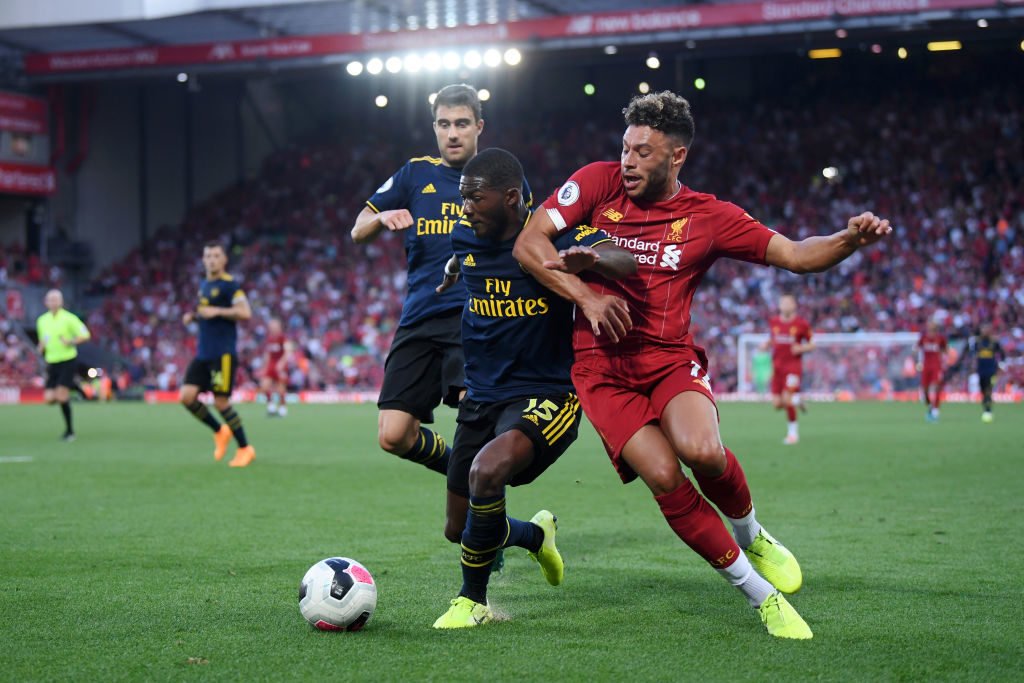 It would be easy for me to include a player like Mason Mount and have every England fan salivating at the prospect of such a young, fresh and attack minded midfield, but ultimately there must be some balance. Oxlade-Chamberlain on his day is one of England’s best players when it comes to deep ball progression, and his ability to recover possession and spring counters is pivotal to a team such as England’s. 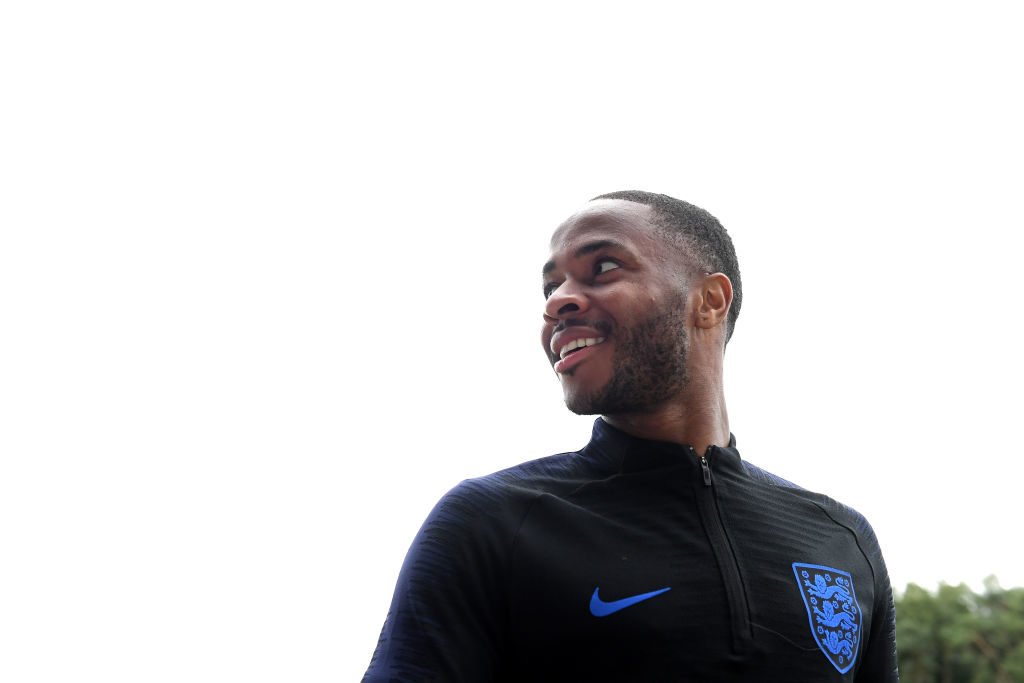 This is where England’s future suddenly becomes very exciting. Raheem Sterling is far and away one of Europe’s most direct and prolific wingers, with his performances in a Manchester City shirt now finally transferring to the red and white of England. Sterling has already racked up four goals this season, and with Southgate employing a fast counter attacking system that looks to release runners in behind the 24-year-old will only get better. 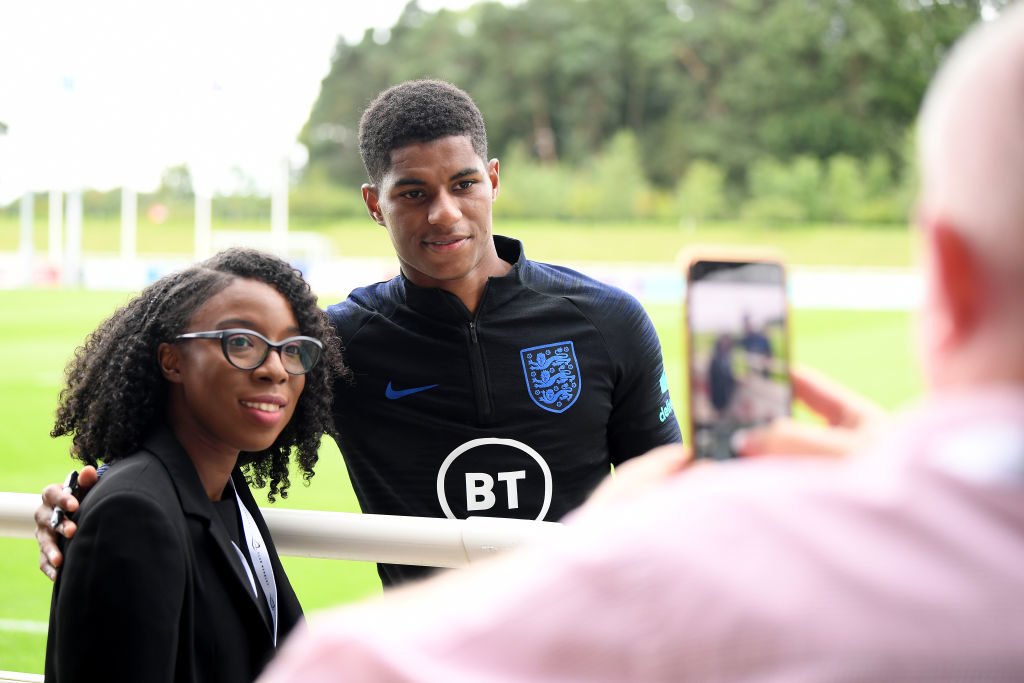 Having been converted in to a centre forward by Ole Gunnar Solskjaer Rashford has failed to kick on after a scintillating two goal display against Chelsea, but there is still promise and if the youngster can replicate the same ruthlessness he showed in England’s devastating performance over Spain then there is no reason why Rashford can’t go on to become one of Europe’s most feared strikers. 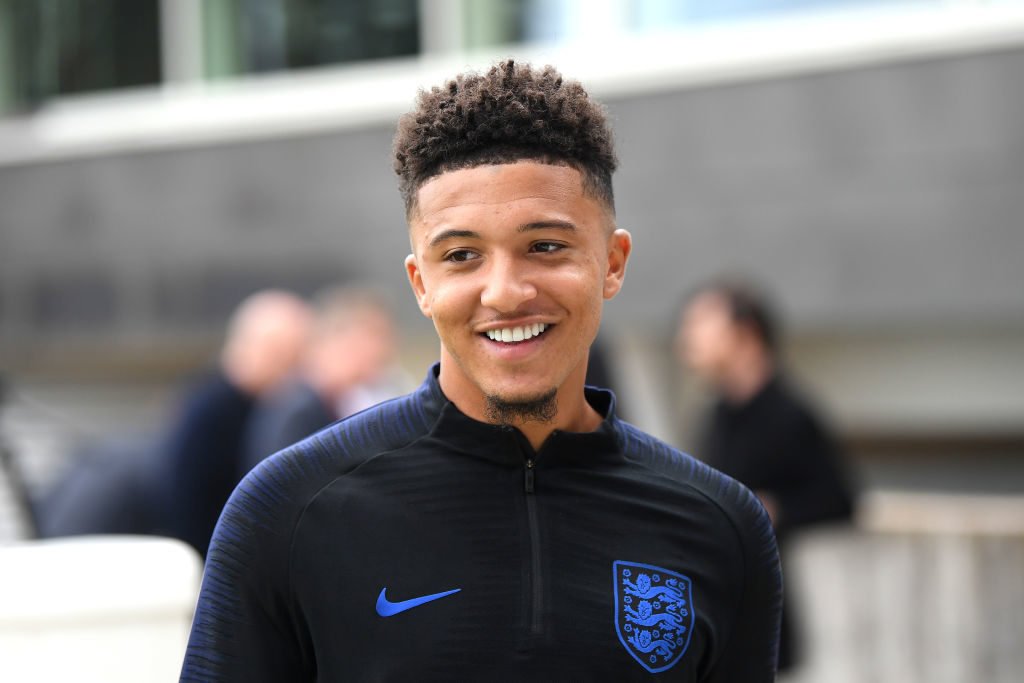 The fulcrum of England’s dazzling front three, Sancho has now recorded more assists than any other player in Europe’s top five leagues since the start of last season and a first England goal only seems a matter of time.